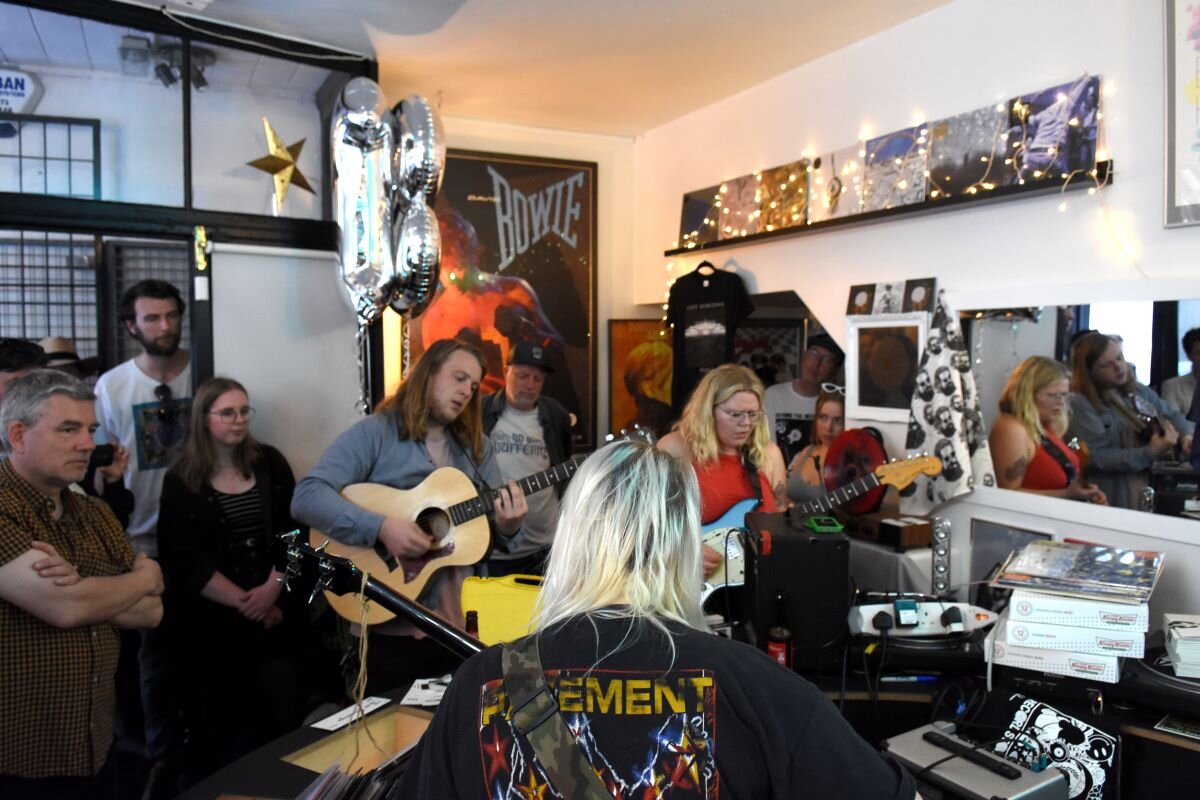 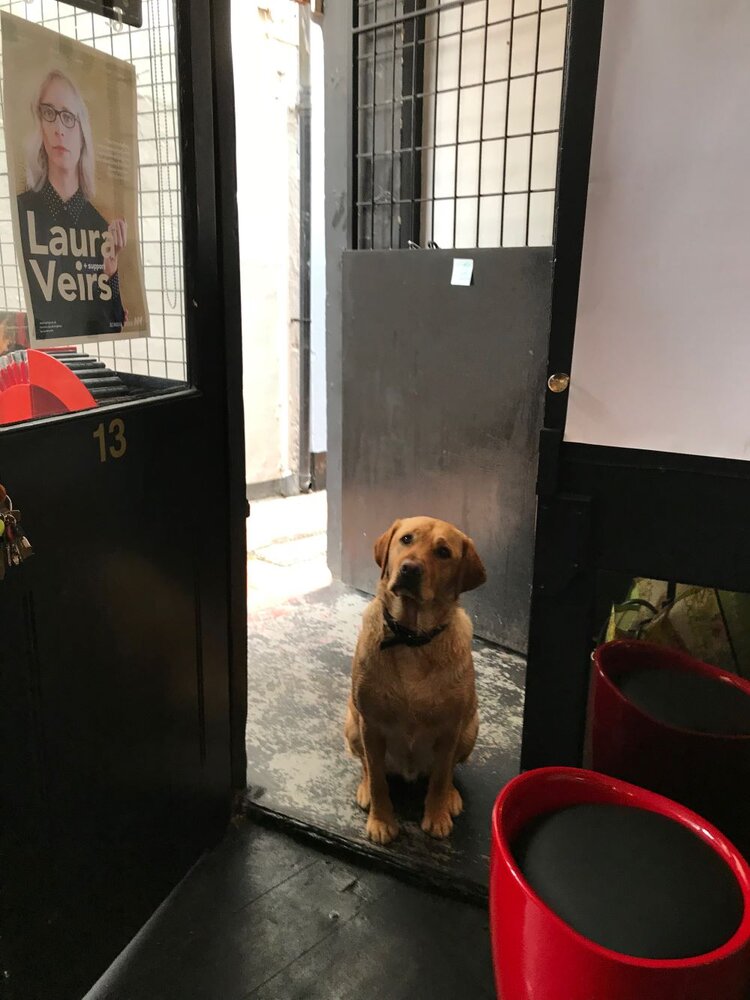 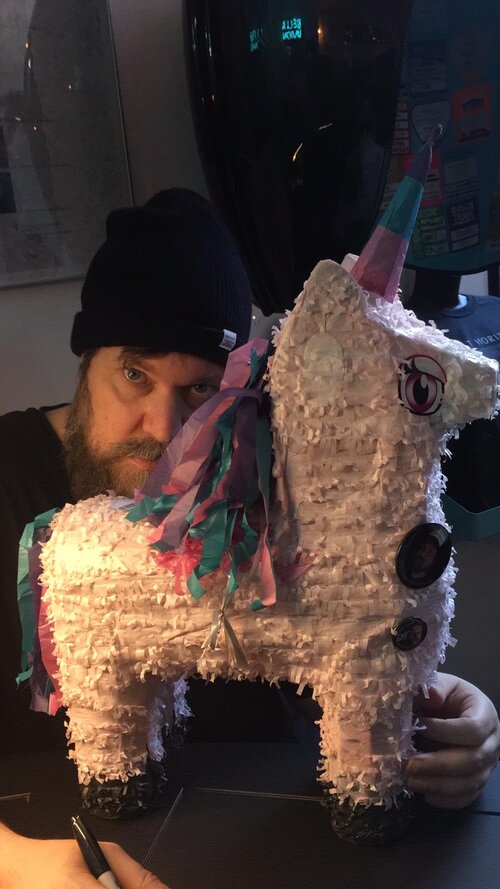 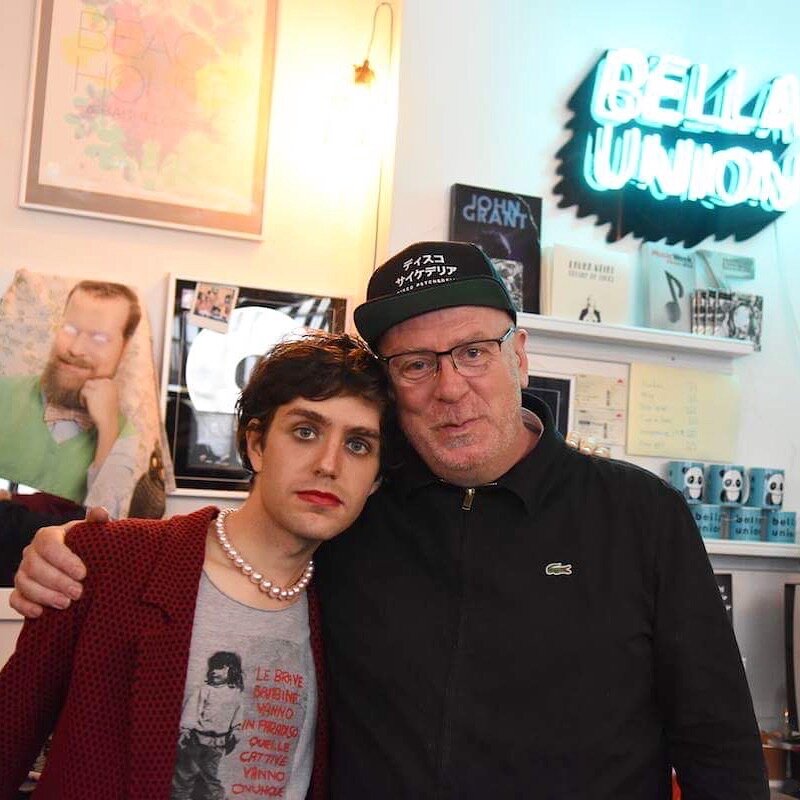 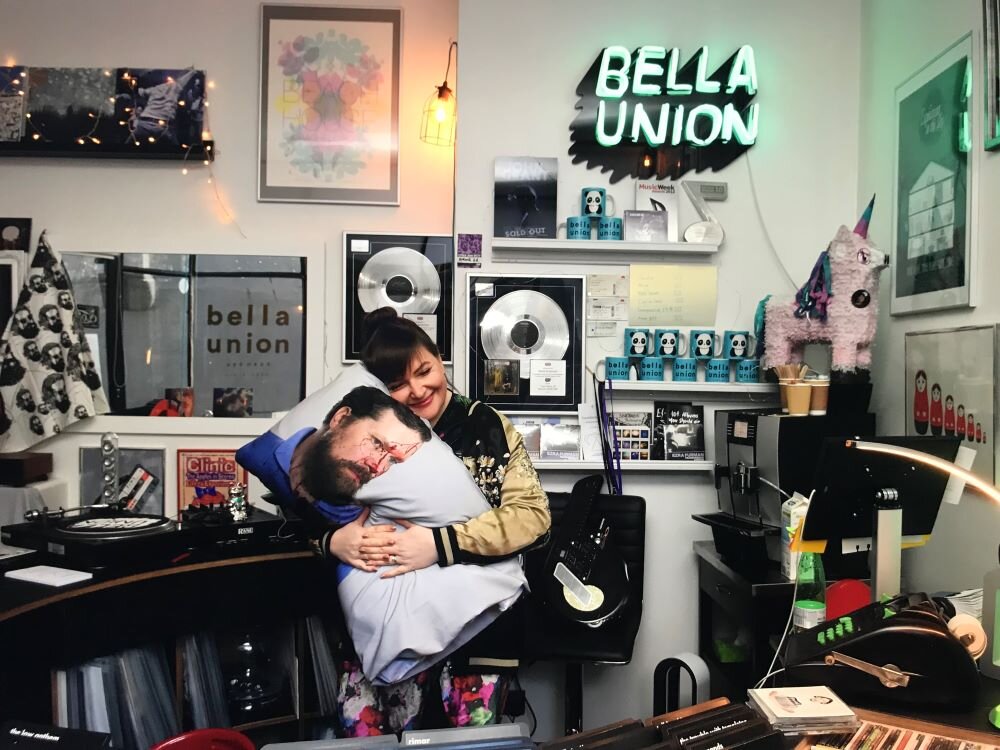 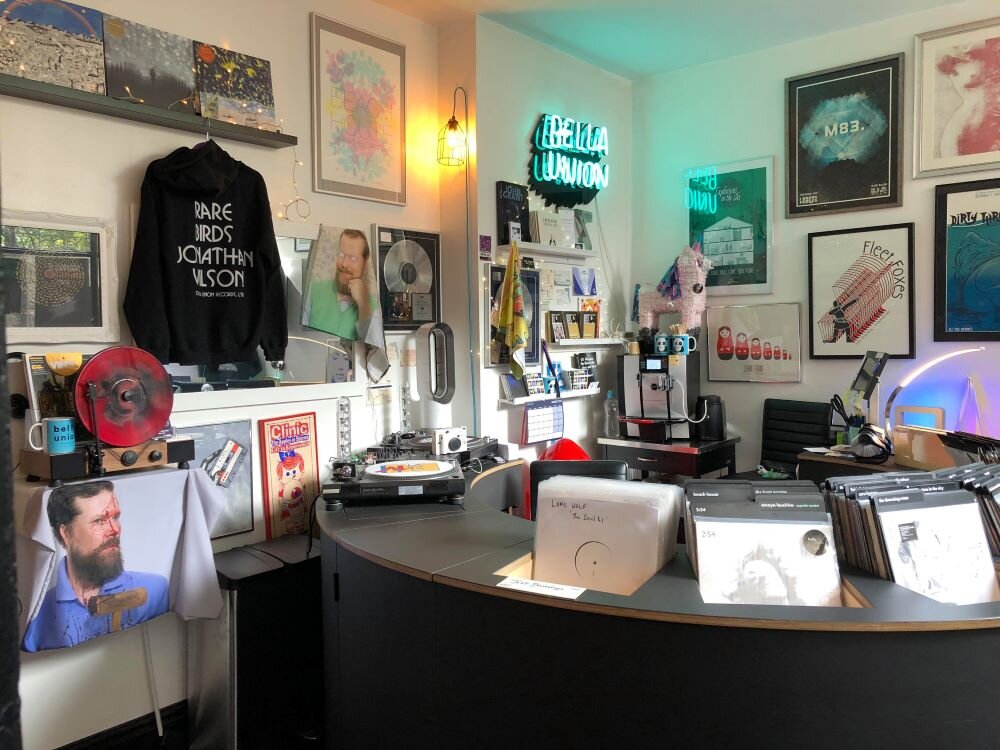 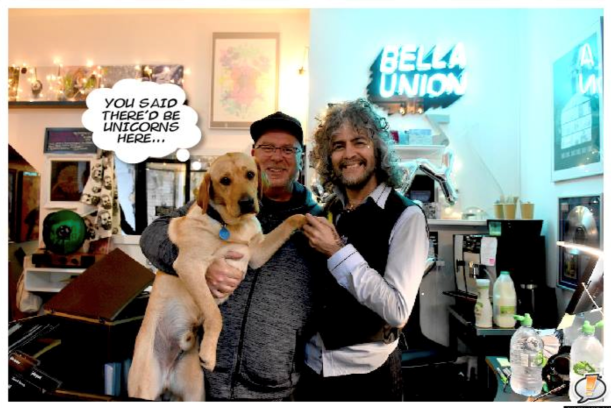 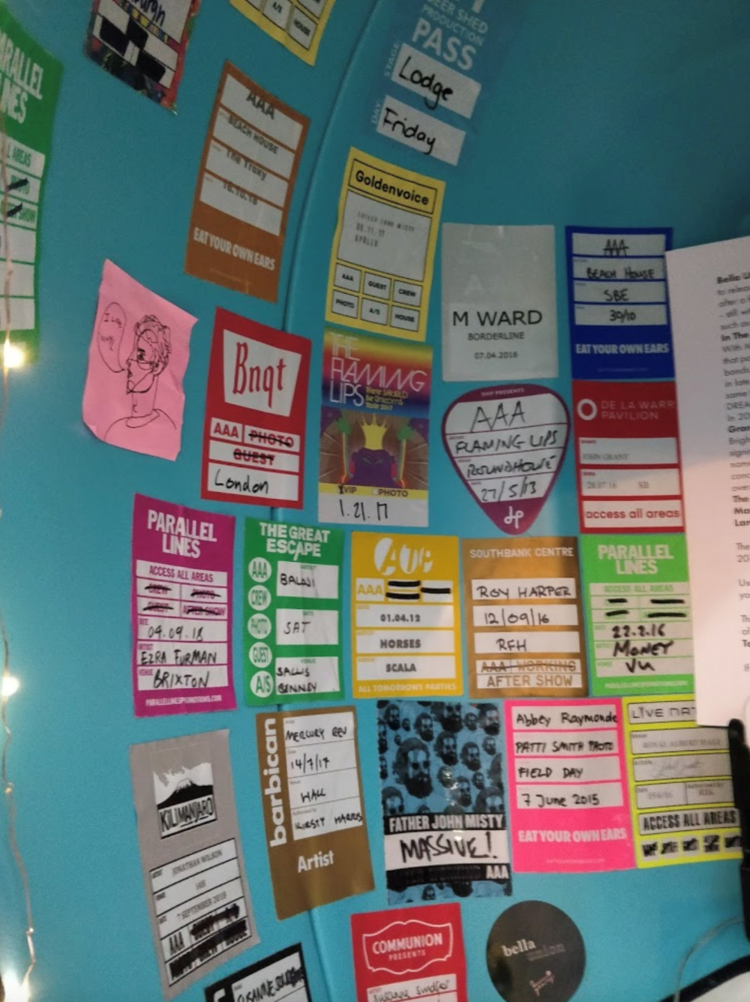 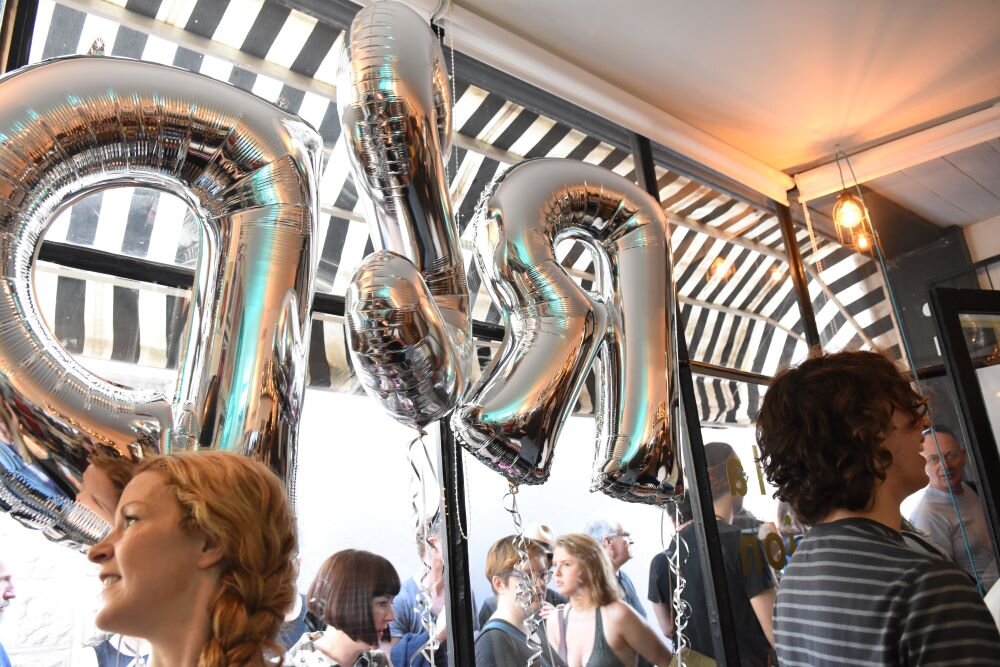 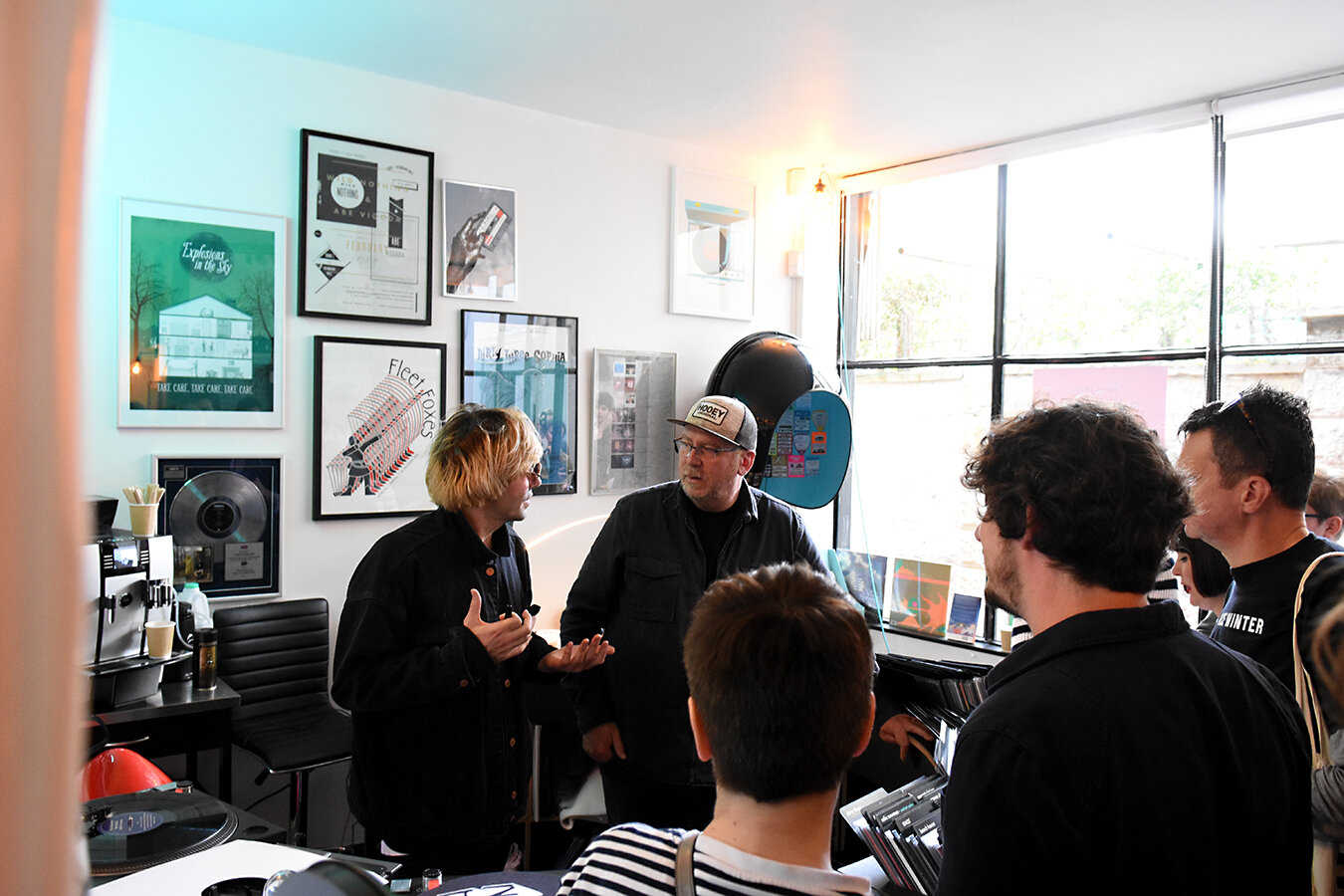 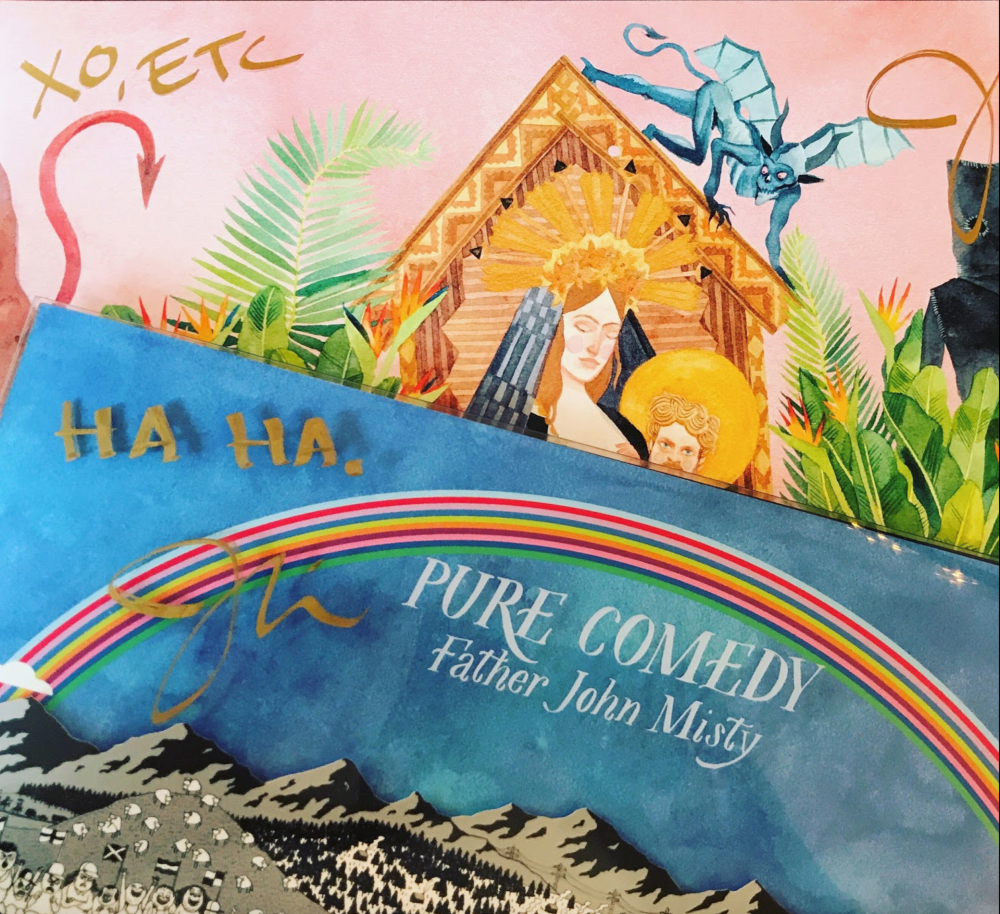 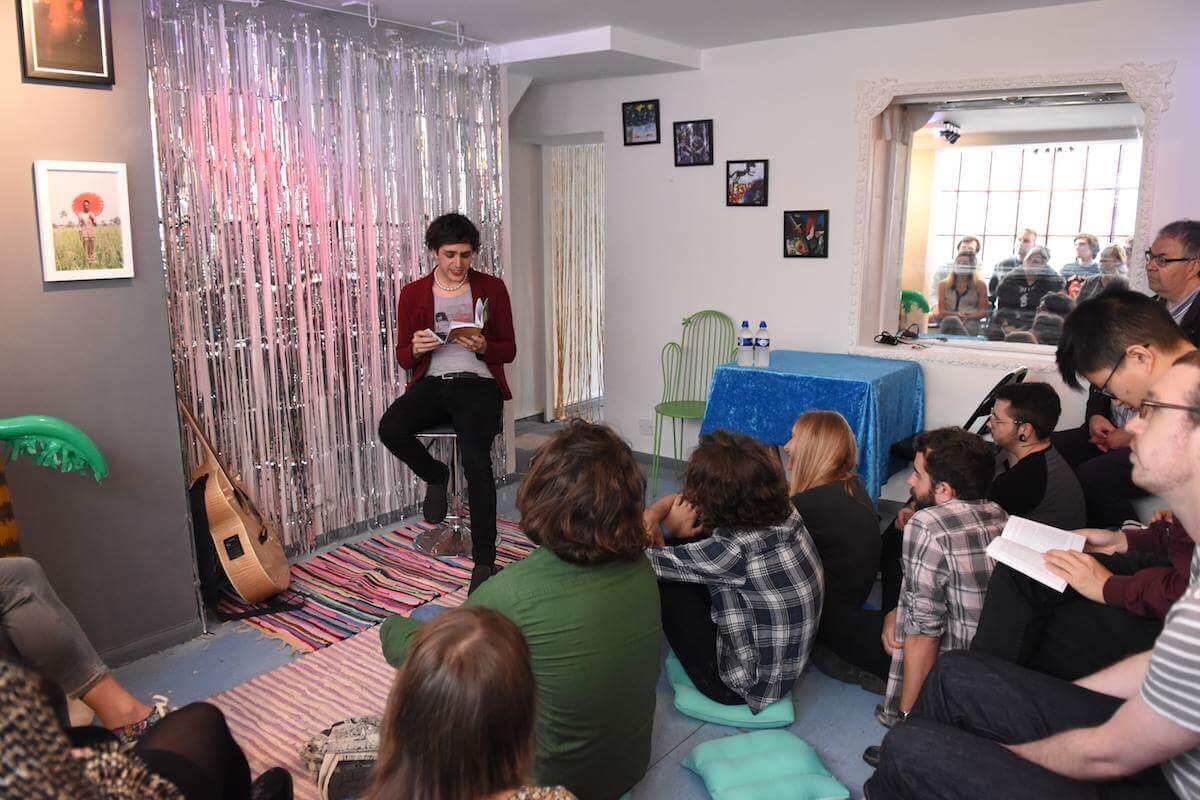 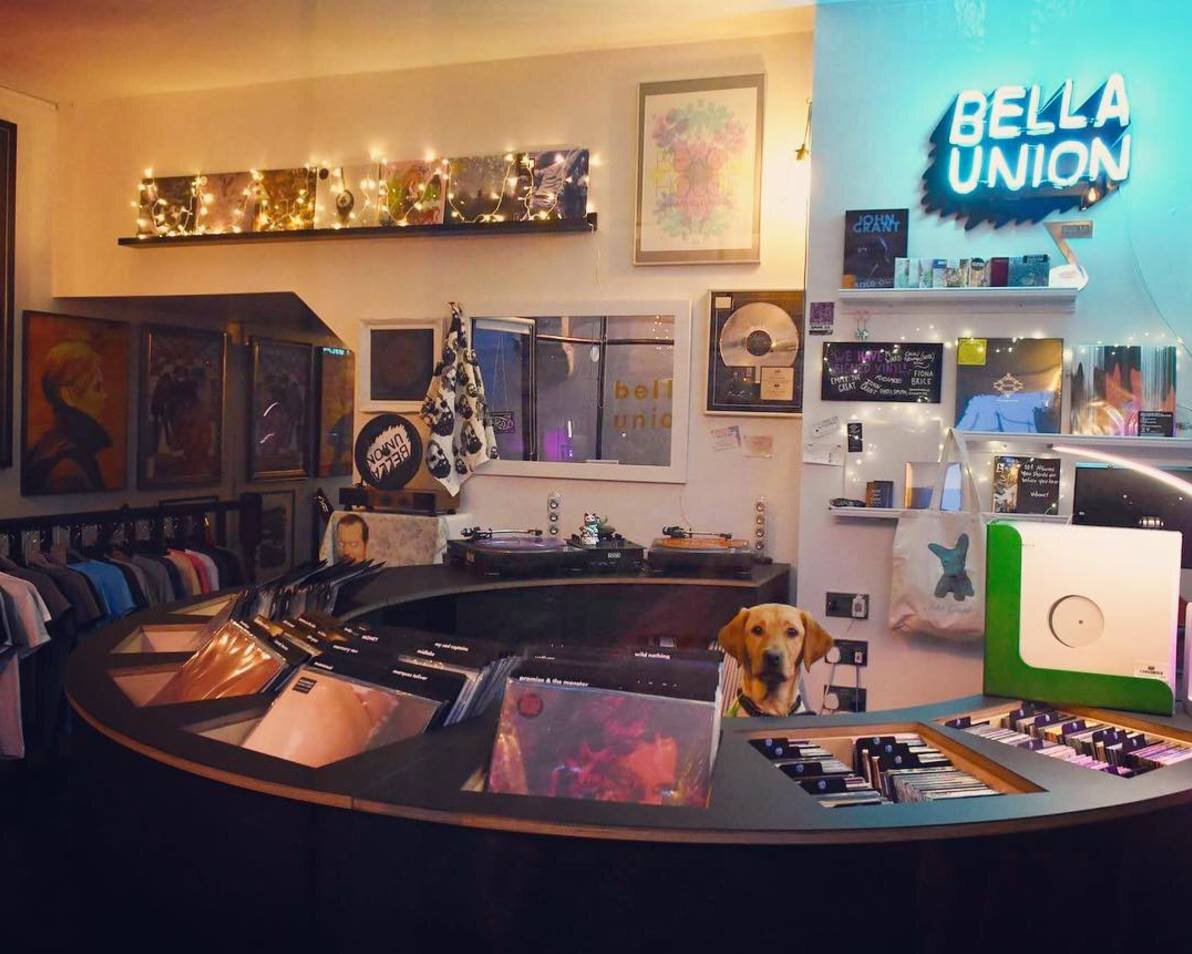 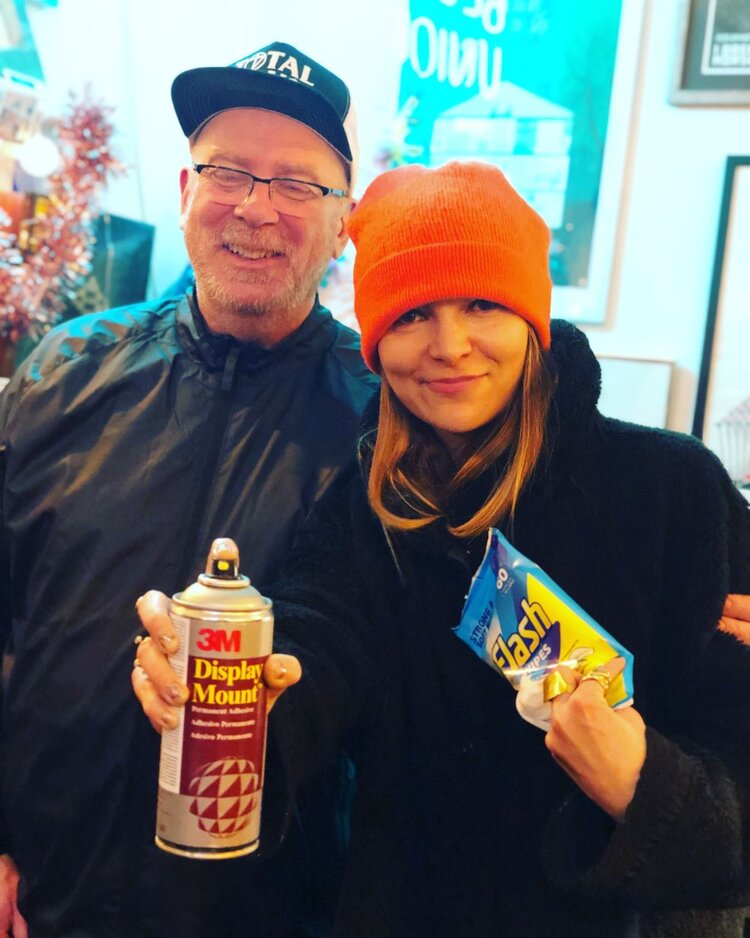 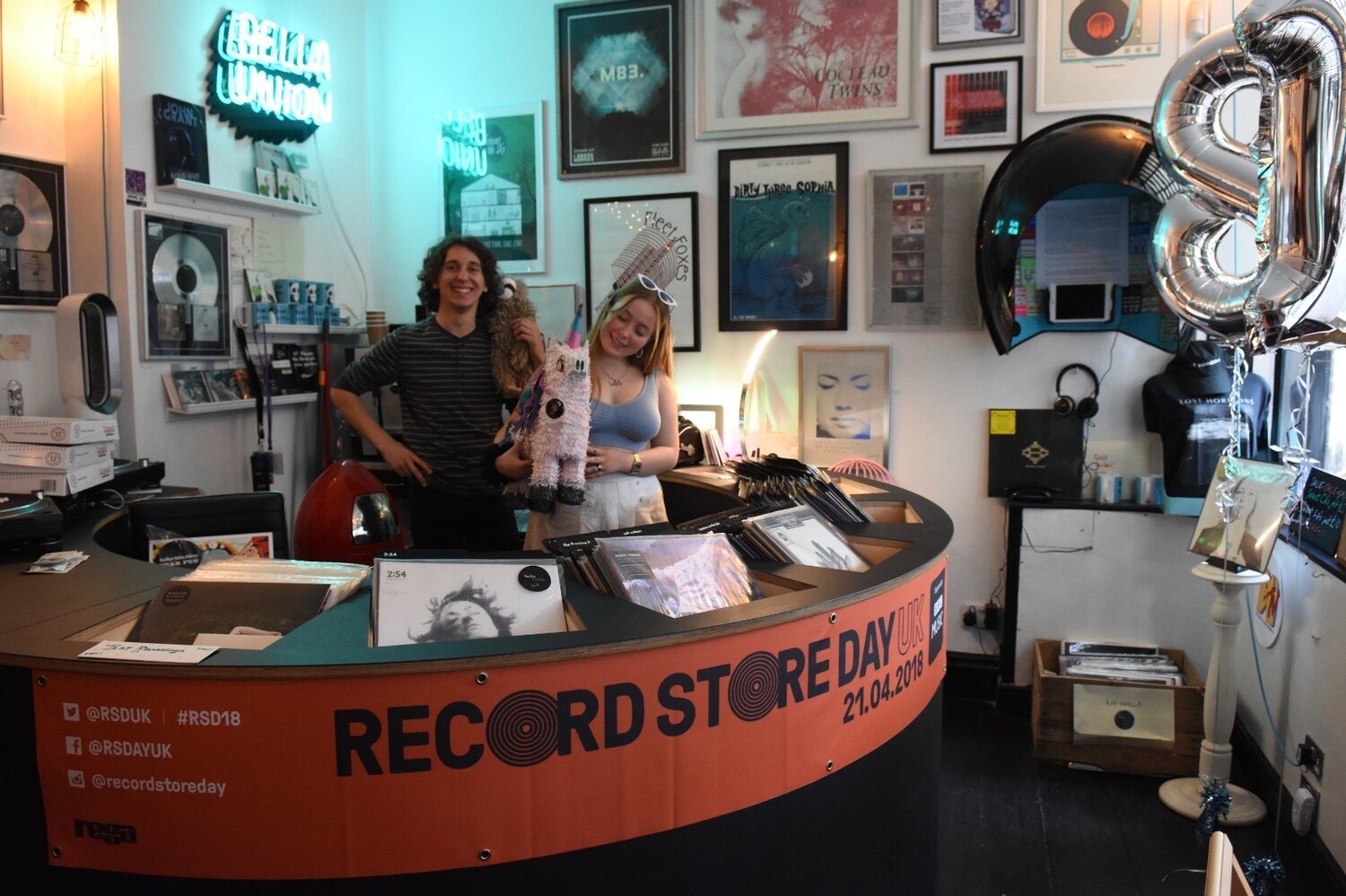 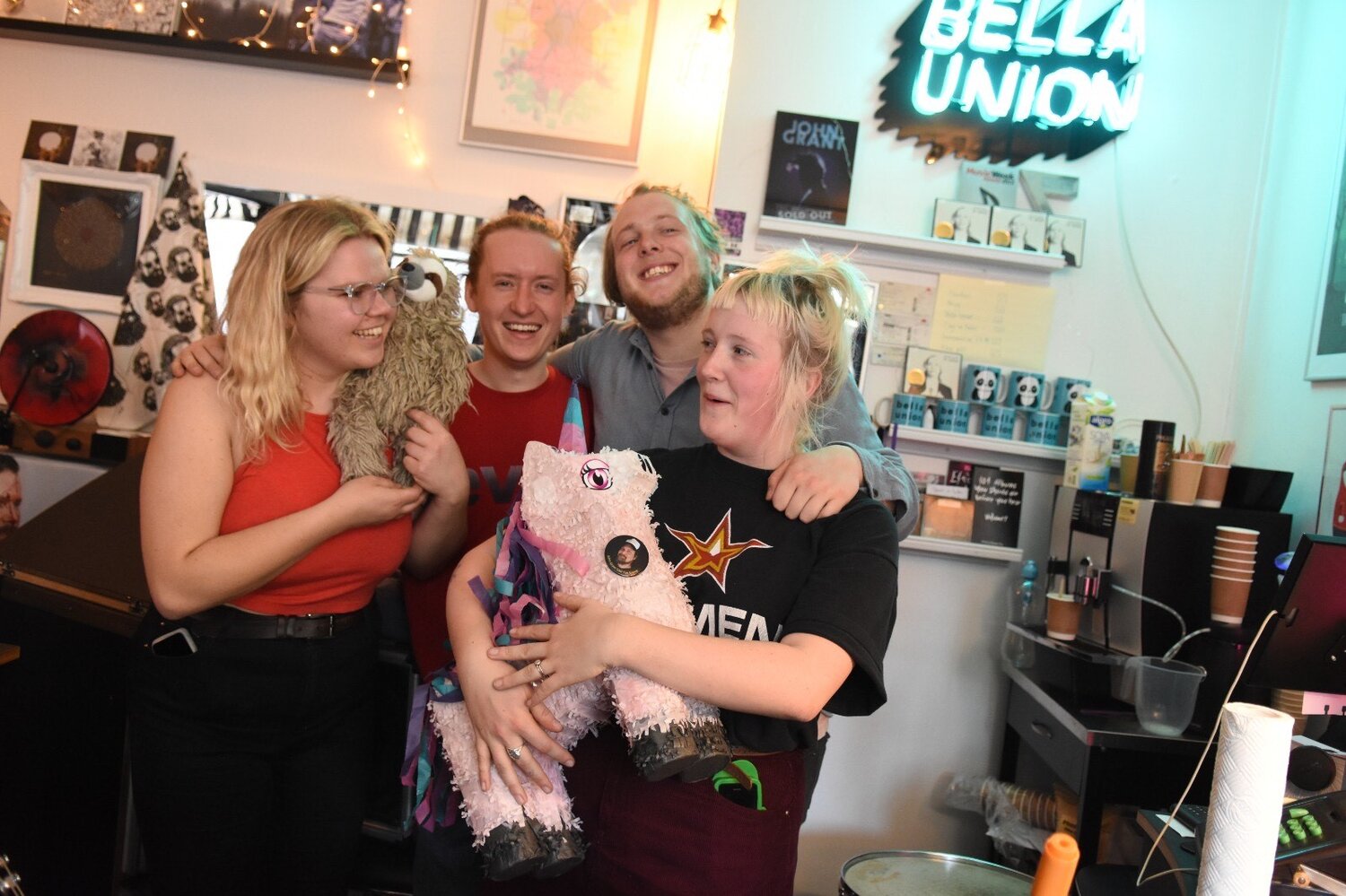 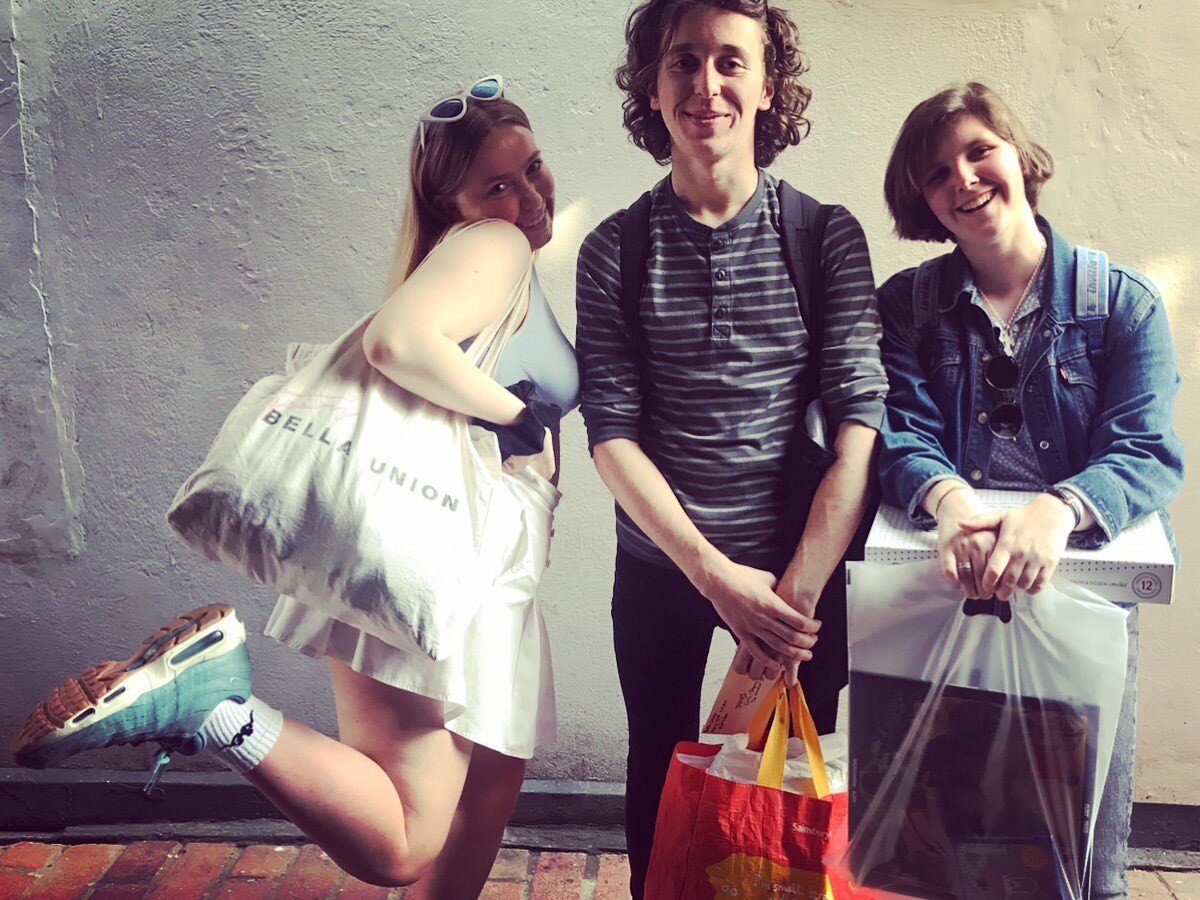 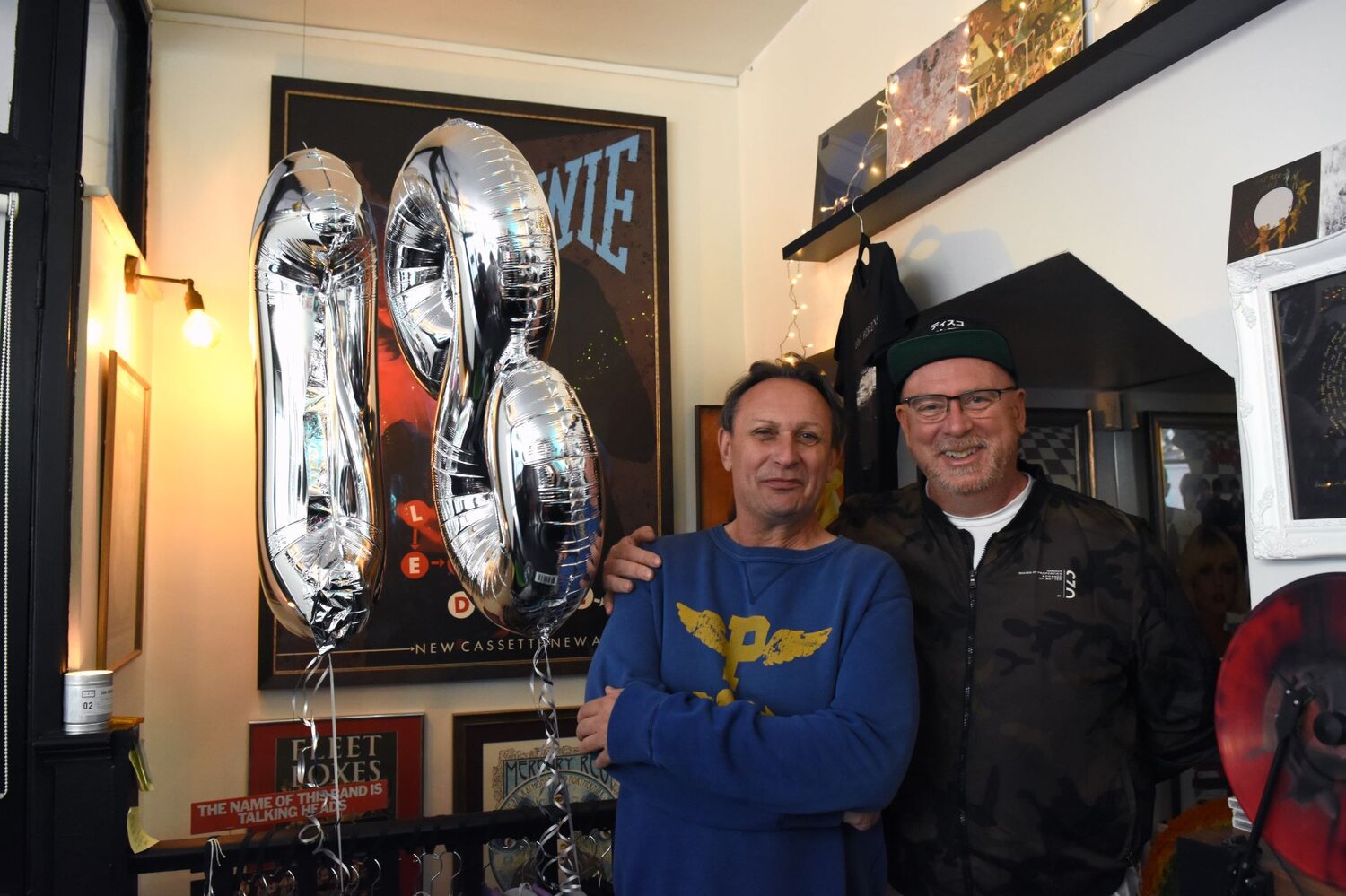 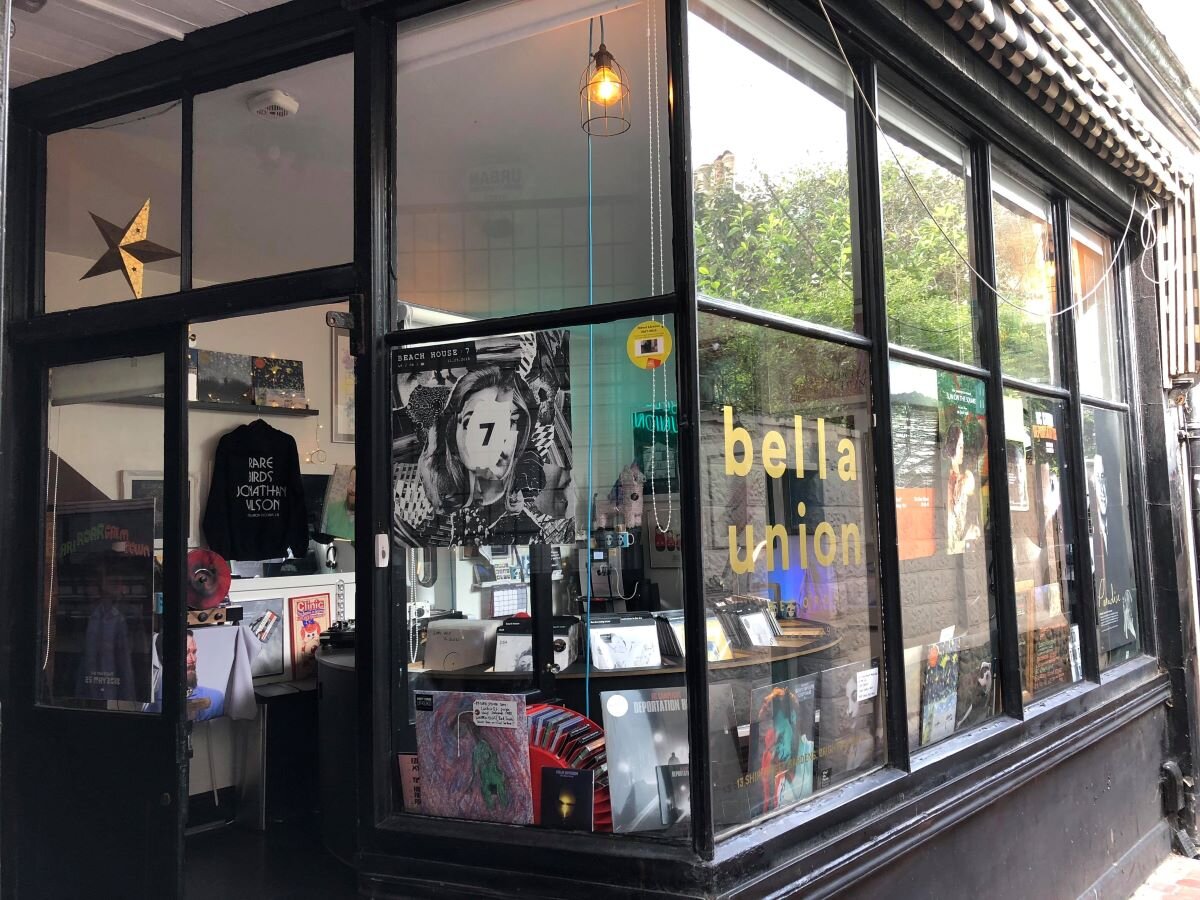 Given that my first and only real job was working in the Beggars Banquet record shop in South Kensington in the early 80s, perhaps it shouldn't be a major (indie) surprise that some 35 years later, I should open my own.

I moved out of London after 50 years there, and my wife and I came down to Brighton where we immediately felt right at home, loving the air, the sea, the venues, the coffee shops and more importantly the crazy amount of record stores that were scattered across the city. Resident Music was our main port of call, and I am proud to say it still is. As Abbey my wife and I had met in Montreal and fell in love on numerous trips to the city's best record shops, we had talked romantically of one day opening our own, but in London it would never have been possible. But now we were in Brighton, maybe we could afford it? It was one day a year or so after moving down when I got a text from my wife who was walking down this tiny alleyway in the Lanes, with a picture of a cute little shop that was 'for rent'.

We went to see it, and whilst it was the smallest shop I'd ever been in, it did have a nice basement, as well as a loo, and immediately I thought why don't we open a record shop that only sells Bella Union artists? Once we had voiced the idea out loud, it seemed so perfect! The rent was incredibly cheap, and well, it was a no-brainer. We didn't want to compete with the other shops down here, and this way, we wouldn't be. I mailed the folks at Resident to see what they thought and they were totally behind us. We spent six months preparing the property, employing a local company to build us a bespoke circular counter for storing all the records for people to browse, with a space in the middle for the staff to serve the customers and internal shelves to store all the stock, works out nicely so we never turn our back on the customer and the conversation flows! We found an old 70s American phone booth on ebay that we got sprayed in a local car body shop to use for a listening booth, and we filled the walls with original limited edition screen prints of Bella Union bands that I had found at the Flatstock poster convention in Austin over the last 20 years. And the piece de resistance was Andy Doig's amazing neon sign of the Bella Union logo, a real work of art as well as a beautiful light!

We opened in May 2016 just in time for The Great Escape and it was the perfect launch. The shop was packed all week, Fiona Brice played a set on the first day, Jonathan and Grasshopper from Mercury Rev came in and signed records, Jamie Lee from MONEY played a set, and Warren Ellis from Dirty Three and the Bad Seeds was also in attendance.

We have hosted some great signings and instore live performances, and even though the shop holds no more than 15 people uncomfortably, we have had 5-piece bands playing in there with full drum kits! The whole of the alleyway gets packed and people are just content to stand outside peering over the tops of heads and soak up the live music. To say that Brighton's music community has embraced our label and our shop would be a massive understatement.

We have a loyalty programme that we started when we opened, whereby if you buy 6 albums you get 1 free, and we now have literally thousands who signed up. Even if you live in London and only come twice a year, if you buy 3 albums on one visit and three on the next, you are walking out of here with a free album in your bag. Who doesn't love a free album?! There are probably also about 15 people who have bought over 150 albums from the shop! The artists have totally embraced it too, the likes of Jonathan Wilson, M Ward, Karl Blau, Penelope Isles, Leila Moss, BC Camplight, Emmy The Great, Lanterns On The Lake, E B The Younger, Dog In The Snow, MONEY, Modern Nature, among some of the artists who've performed. Ezra Furman came and did a 90 minute reading and talk when his Lou Reed book came out. Wayne Coyne of Flaming Lips, and John Grant have both come and done album signings.

Tim Burgess - whose album I Love The New Sky is about to be released on Bella Union on May 22nd- came and did a lovely talk with me a few years ago when his Tim Book Two book and album was released and we had such a lovely time together despite having never met before, and we could tell how much the audience packed inside the shop really appreciated hearing first-hand these stories from artists, up so close and personal.

Bella Union has always felt like 'family' to me, and the hope is that the artists feel the same way. With the shop, it has now extended that feeling out into the city where we have been made to feel so at home.

During the lockdown, I have been amazed at the response from our customers, and we have tried to honour that by hand-delivering new releases and orders to them several times a week now. I have been out as far as Haywards Heath and Worthing, leaving bags of records behind pot plants! Not something i ever imagined myself doing!

However this plays out, we are here for our customers and now have our whole front room at home, filled with mailers and 'Fragile' stickers, and hundreds of albums lined up neatly in piles around the walls.

I've been spending a lot of time in the kitchen and keeping the vibe upbeat - lots of early 80's disco and classic funk and soul. But as far as something that I reach for specifically, instead of typing in "Donna Summer" and letting an algorithm take the wheel, are two latter day Talking Heads albums. The first is True Stories (1986), which also makes up the bulk of the soundtrack from a classic indie film of the same name and I have been obsessed with both since I was a child! I get so happy whenever I hear the opening bassline of "Wild Wild Life" and am instantly taken back to dancing like maniacs around the living room with my brother belting out the song together every time the video came on MTV. Start to finish it's just pure feel good mayhem and exactly what we need right now.

The second is Naked (1988). The band dissolved shortly and quietly after its release and I feel that a lot of Talking Heads purists just skip it over in its entirety. There are really only 3 songs that I connect on there with - Mr. Jones, Sax and Violins, and most of all (Nothing But) Flowers - truly an anthem for this wild quarantine life. I think I must have played that last track about 30 times since the lockdown - apologies to my husband! 🌼🌼🌼

I have always loved the wave of  90s - early 2000 neo-soul,  and have always been a huge fan of both D’Angelo and Erykah Badu, it’s something about the melodic jazz chords partnered with such powerful and soulful lyrics infused with incredibly relevant lyrical subjects and messages that causes me to love the album so much.

I find that it lifts my spirits in a way that could usually only be achieved listening to the Scissor Sisters after a few too many glasses of Prosecco !! Which is extremely important in these trying times.

A Pocket of Wind Resistance by Karine Polwart with Pippa Murphy on sound design.

The soundtrack to a theatre production of the same name the album recounts the tale of a northern Moore in 1919 from multiple points of view including that of migrating geese, a husband and wife and the Moore itself.

During these ever isolated times this album provides the perfect retreat into a storybook-like world that not too long ago would be considered reality to those of us now stuck in lockdown.

Coping with migration, meditation and maternity, is a quick fire dart to the heart of any outdoor lover and makes all this time inside a bit more manageable.

Band on the Run by Paul McCartney and Wings.

This classic record has been keeping me great company throughout lockdown.

We all know how the songwriting styles of each Beatle by the end of sixties would be what they took with them into their solo careers. John’s peculiar political rock and roll numbers; George’s gorgeous melodious mantras; Ringo (tumbleweeds). Paul is a pop king and Band on the Run is a testament to that.

Some inspiring and underrated guitar work from Denny Laine and some cool synth parts on “Jet” which are often overlooked.

The band The Beatles couldn’t beat!

I’ve been listening to Slint - Spiderland a lot. It’s often described as the soundtrack to their own demise -they broke up before it was even released- and it is as bleak as it sounds but in no way boring. The perfect post rock soundtrack to the post contact world! There was a deluxe reissue a few years back that I hadn’t previously made time for which includes a documentary and live cuts and that’s getting a hard listen now. This album just feels like they chucked a fist load of songs at a wall and walked away before they could see what stuck. The uncertainty of it is weirdly comforting in uncertain times.

No one encompasses isolation like Scott Walker and 'Tilt' is an album that makes most sense at a time when nothing makes sense. It is quite frankly uncategorisable and unprecedented. Forget everything you knew before, this is bleak and foreboding but with a dreamlike quality throughout that feels like everything we are experiencing.