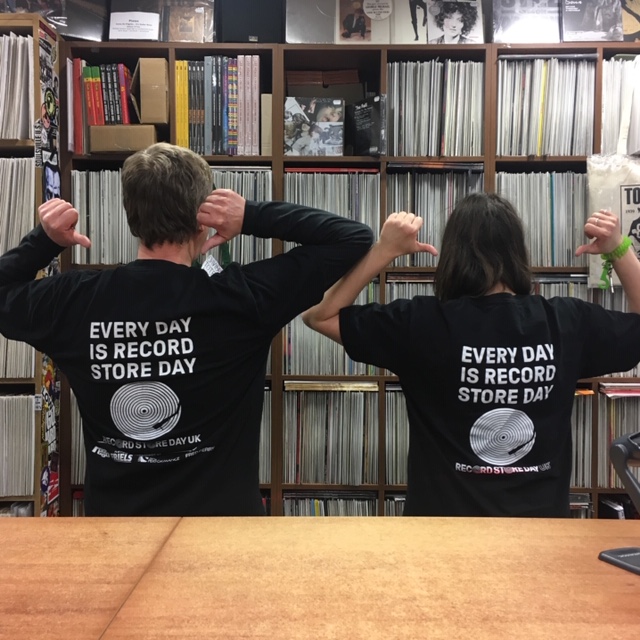 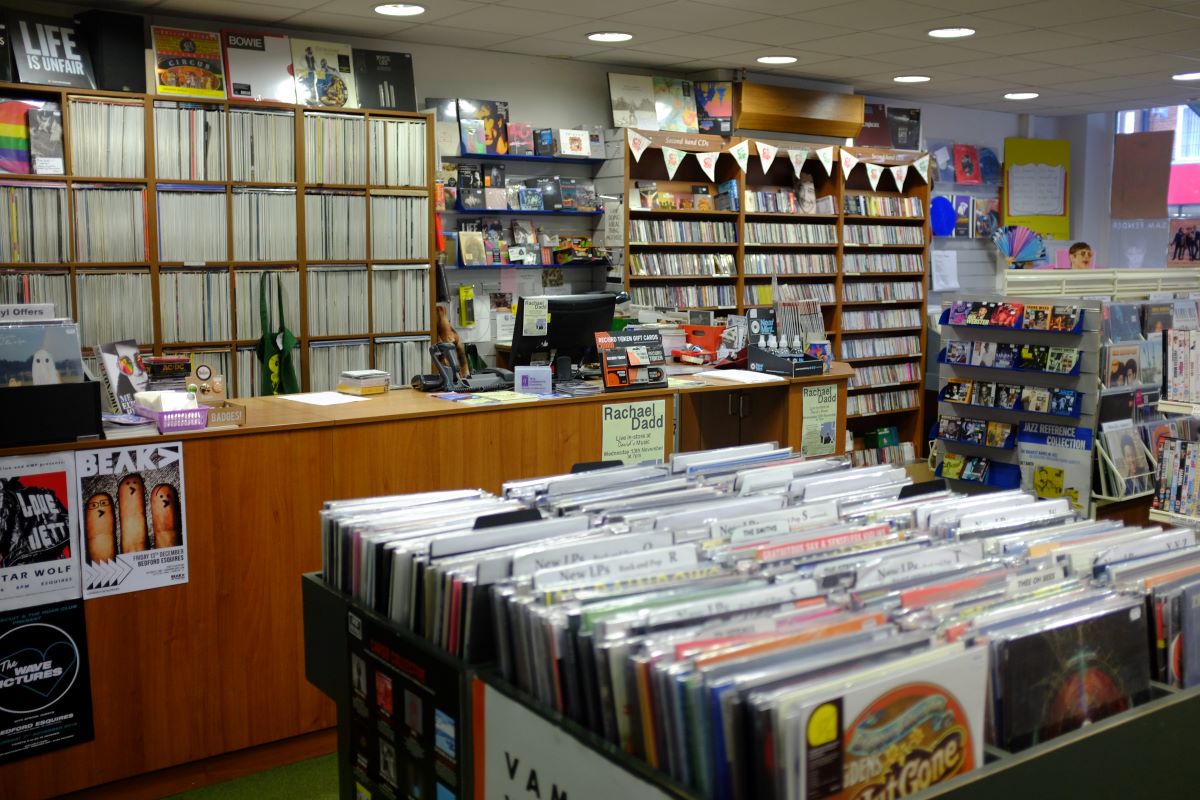 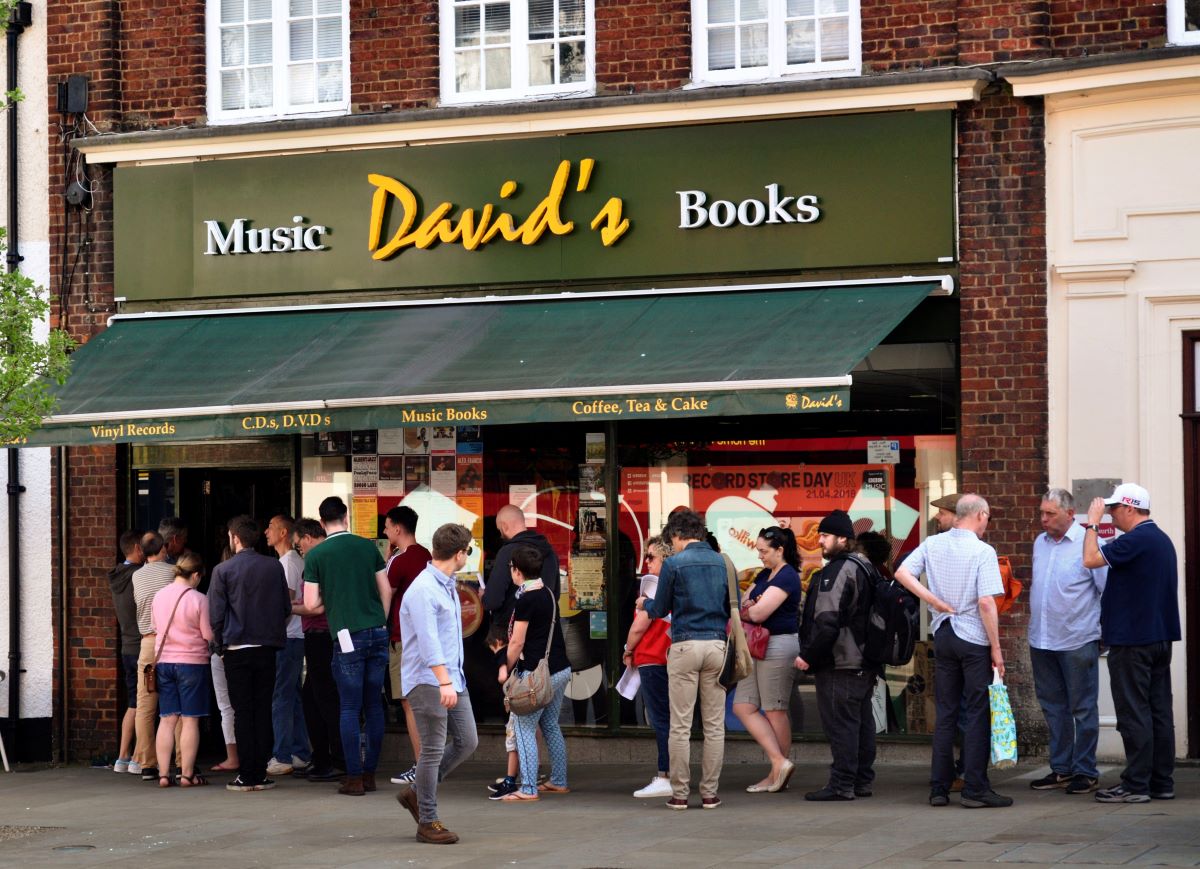 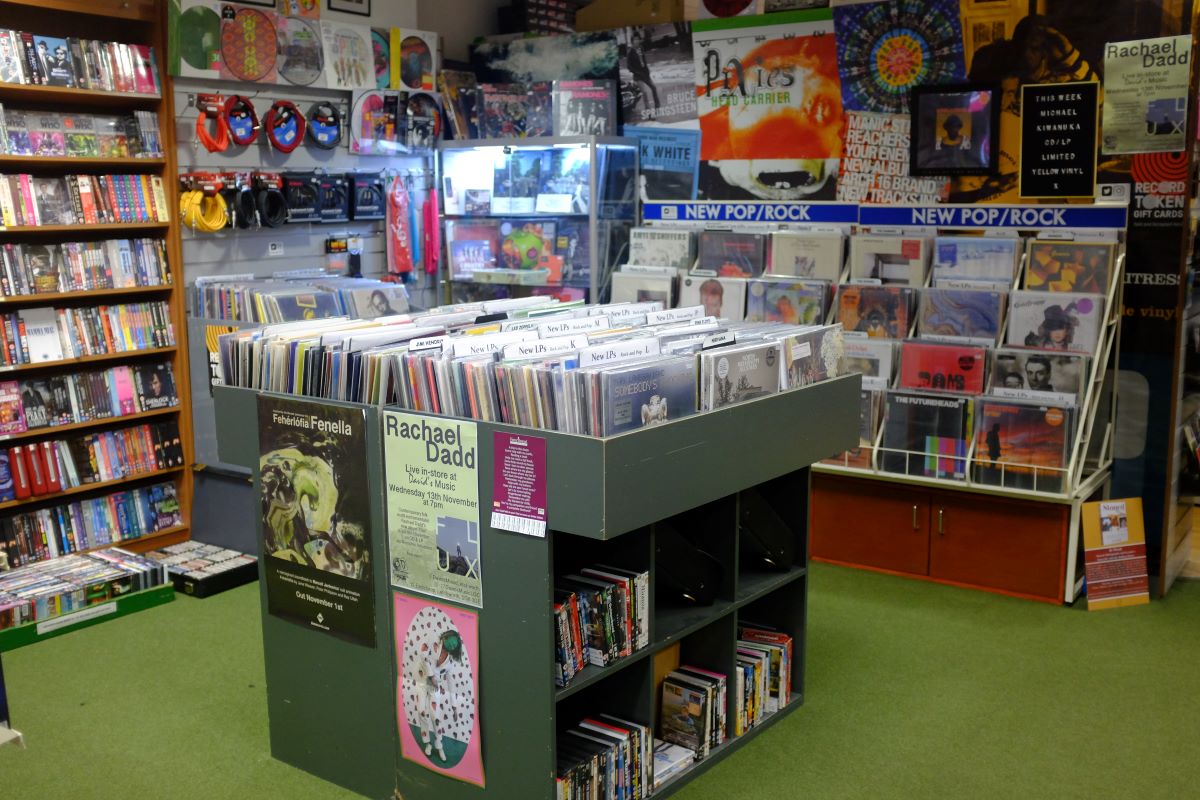 Staff take the helm at David’s

‘One of Britain’s oldest and best-loved independent music stores, David’s Music in Letchworth Garden City, Hertfordshire, is embarking on an exciting new future as an employee-owned enterprise.’

For those of you not familiar with David’s Music, we’re tucked away in Letchworth Garden City in Hertfordshire, about half way between London and Cambridge. The shop was founded initially as a book shop in 1963 by John Armitage (The British editor of Encyclopaedia Britannica) and from then on the shop grew from strength to strength, diversifying and expanding to suit the community’s needs.

The music department began life as a monthly auction to sell the accumulating stacks of second hand 78s, 7” singles and LPs, but then officially became part of the shop in its own right in the move to the high street premises in 1974.

I (Ashlie – hello) have always wanted to work in a record shop. As a music fan and record collector, it seemed like the best fit. I have worked at David’s Music for the last (almost) 11 years, coming pretty much straight from graduating and I have loved contributing to the shops evolution. The shop(s) still retain the same charm I remember from visiting as a kid, but also manage to balance the need to modernise and update with the desire to keep things familiar and welcoming.

So, what’s an EOT? It’s a form of ownership created by the government to encourage wider employee participation in businesses, similar to the John Lewis and Waitrose partnerships. The EOT structure means a trust holds the shares in the business for the long-term benefit of employees, who run the business and share profits. One of the highest profile recent examples is the home entertainment group Richer Sounds.

Now that we’ve re-opened after lockdown we’re in a position to shout about our exciting news and move forward with plans! It’s fantastic to be able to talk about such positive news after keeping it under our hats for so long. Initially, not much will change with your day to day shopping experience as we get to grips with our new roles, not to mention a world where COVID safety must be at the centre of all decision making, at least for the time being.

The staff are buzzing about the new shape of David’s, and there’s a real feeling of enthusiasm for the future and the possibilities in front of us. Andy Oaten, who has run the music shop for many years and is now also Finance Director of the entire business, said “The staff are embracing the EOT idea, and the additional input from all sides will be invaluable for the future success of the business. Sure, the prospect of profit sharing is an incentive, but we’ve got a fully committed and talented team in place already which is a huge bonus in itself.”

So, we’re making plans, setting the wheels turning for future improvements and additions. In the music shop we have already launched a new e-commerce website to broaden our reach and offer our customers alternative ways to shop with us. This feels particularly necessary now, as we look ahead to the next year. We’ve also put a lot of effort into our social media presence to engage with our customers and highlight some of the new music that we’re loving. One thing you can rely on, music will always be at the heart of what we do, because we bloody love it.

Stay safe and we’ll see you all soon!