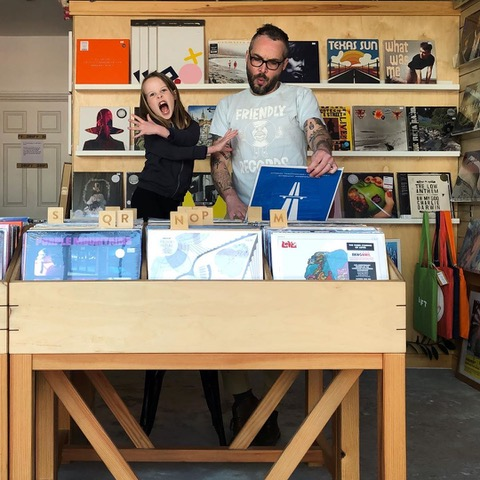 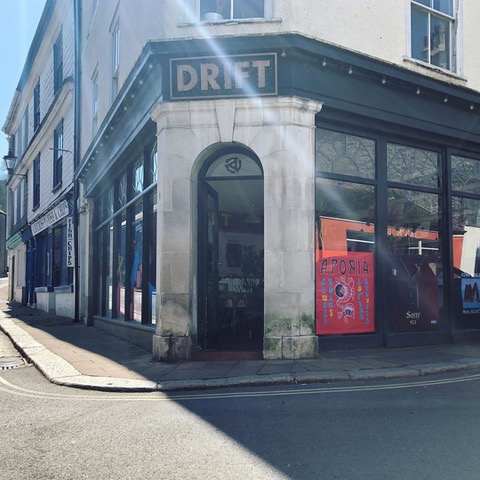 The history of Drift

Drift has been occupying number 103 High Street in Totnes for the last decade. We've been online for a little bit longer and our roots were first laid just a few doors down the road back in the early nineties. Drift these days is the final iteration (we think) of what started out as a VHS video library. Back around 1993/4 it was opened under the name 'World Video & Music' by two great guys called Niall and Tom. They really caught the wave with the interest in arthouse cinema and we had a pretty amazing collection of Tartan and Artificial Eye films on video tape to rent. Over the years, more and more music was introduced (in no small part due to teenage me) and even one full format overall to move the entire rental library onto DVD. This was all about a hundred yards down the street at number 91 High Street before we embraced our true calling as an indie record shop and really put everything we had behind it. Family owned and operated, Drift was named after the bedroom record label we had started (and quickly stopped!) and over the last decade we've flirted with publishing a newspaper about record shops called Deluxe (https://deluxenewspaper.com/), a festival called Sea Change (https://www.seachangefestival.co.uk/) and even a collective of indie shops working together under an umbrella called Dinked (https://dinkededition.co.uk/).

March 2020 has just been atrocious. The festival has become such a big part of our year, and having it ripped away from us has been devastating; being blunt, we just don't have a clear vision yet about what this means for its future and indeed the future of the shop. I think the only take home we observed pretty quickly is that we are simply out of control with the broader brush stokes at the moment so we're trying to focus on the very granular parts of being a record shop that we love - the parts that make us different and perhaps the parts that might bring a few rays of joyful light amongst these unparalleled times to our friends and network. Our website has become a huge part of the business, so we're trying to keep some semblance of normality for the time being, but it has brought into clear focus what a huge social aspect the shop offers, especially in the community. We have friends who come to see us weekly like clockwork (for records, for coffee, for drinks and just to say hi) and not seeing them has already started to feel heavy. The sustained support online has been amazing, but we want what we can't have...we want to feel vibrant again and we just can't wait to open up the doors and be a record shop.

I'll probably even welcome back all those nuisances who I swear at under my breath for a while...

We have been posting daily updates on our socials. With primarily just me being based at the shop (we can't safely have more than one of us in at this stage), things could err towards the Robinson Crusoe-esque...but that remains to be seen. To keep the spirit of Sea Change alive, we actually took the festival online for the weekend. With our amazing network of friends and partners, we brought two massive days of programming to raise spirits, inspire minds and do the seemingly impossible… bring us all to the same place at the same time! ["a swell of congregation in the new nowhere" * * * * * - The Guardian]

We have also tried to be a little inventive to keep people interested by posting a series of playlists (links below). We've also started to sell off the marketing banners and our collection of white labels/test pressings as that feels suitably special and exciting for these bonkers times. We sold out instantly of all Drift merch, but luckily we'll be having more totes, t-shirts and some special edition bits landing in the next week or so.

#LoveRecordStores has just been amazing. When we interview people for the Deluxe paper we're always told how formative, impactful and special shops were. They are places of high culture. In these dark few days and weeks, having everyone in our world and beyond come and out and rally around us because we really matter has been...well, overwhelming.

Playlist One and Playlist Two