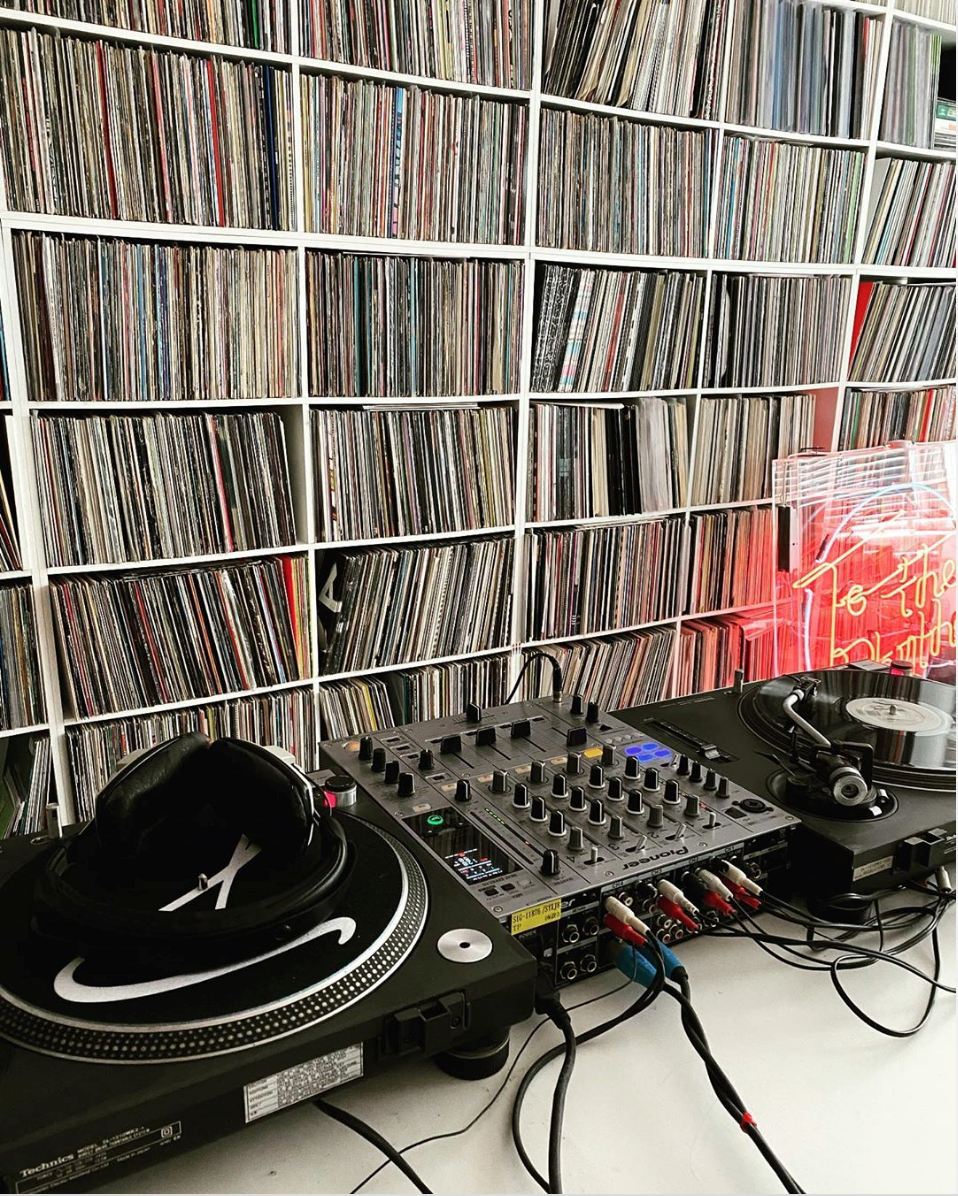 'Record stores have played a major part in my life. Aged 5, I bought my first 7" from Woolworths (not strictly a record shop, I know) in Archway, my dad took care of purchasing the record, but I've been told I kept asking for Boney M's 'DaddyCool' for a while until I owned a copy.. A few years later, I graduated to buying records from Harum Records around the corner, my first 12" record was (I believe) Duran Duran's 'Reflex' in 1984, and that became my local record store for years. All of my pocket money was saved to buy vinyl, computer games and music magazines. It wasn't until acid house broke into the charts that I discovered pirate radio (Fantasy FM to be exact) and underground dance music. I also discovered another record shop, directly across the road from Harum: Pure Groove.

In 1990, I used to work on a market stall on the corner right next to Pure Groove. I could hear loud club music emanating from the store every Saturday afternoon whist I earned a a few pounds helping sell dishcloths and household goods. As soon as my wage was in my hand, I would walk into the record store and ask about records I had heard either coming out from the shop during the day, or on Fantasy FM. It was the first time I had experienced the culture of a record store: recognising faces behind the counter, being passed records I may like to check out, passing some of the people I would rub shoulders with in other places (I recall one of the guys working behind the counter was also an Arsenal fan, and I'd see him on the terraces). It was the seed which has since consumed my life, and I've kept visiting record stores almost on a weekly basis.

This rather obviously, all changed 3 months ago.

The #LoveRecordStores campaign is here to help the invaluable independent record stores who have been hit by the catastrophic impact of COVID-19, many of which have been threatened with closure. To lose record stores, their knowledgeable staff, and spaces they inhabit to bring music fans together in more than just shopping, would be a disaster for future generations.

Saturday 20th June, there will be a day long event to celebrate independent record stores. Billed as 'the worlds biggest in-store event',countless artists and stores have come together for 24 hours of live performances, including Dj sets, interviews, readings and more. I have provided a 1 hour mix comprising of the records I bought during 1990 to 1991, recorded using only two Technics decks and a mixer. I'm on in Room 2 at midnight BST. Come and take a listen to what a 16 year old me was dreaming about playing on the radio one day, ironically enough, 30 years later, it has somehow come true."