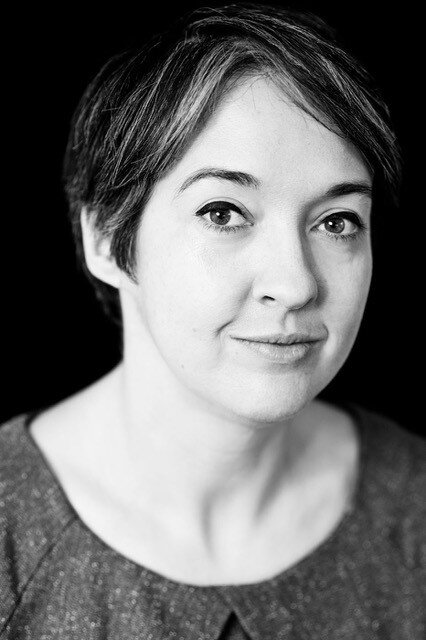 I can still remember the walk there, every footstep, like it was a journey into another world. Leave my front door, turn right, then left at the end of Pengry Road. Right at the crossroads by the video shop, the chemists, the newsagents. Then fifteen minutes walking slowly downhill, past the British Legion, the dentists, the doctors, the butchers, the Midland Bank griffin, the charity shops. And then just past the turning to Cross Street, there it was.

A black-painted place on a corner, its windows filled with t-shirts and cardboard displays. This was a million miles away from the pomp of Virgin Megastore, HMV and Our Price. It didn’t matter. Sullivan’s was ours. A tiny record shop at the bottom of Gorseinon, packed to the gills with tiny things that would change our little lives.

Before I was in my mid-teens, music was something that came out of the radio that I captured onto blank tape. My two fingers pressing record and play together – clunk-CLICK. I got pocket money, but not much; certainly not enough to buy many records. But when I was 15, things started to change. I got a Saturday job helping out at a local newspaper, plus a paper-round in the week, and I started making plans for those pennies like nobody’s business. And then, on a Monday, I’d wander down the High Street, push open that heavy wooden door, and see what treasures lay inside.

Small local record shops aren’t usually glistening, glamorous places, and they definitely weren’t nearly twenty years ago. This was Sullivan’s. It was dark, dingy, in need of a good going-over with a feather duster, and hard to get around too. Packed CD racks lined the walls on each side, with laden cassette shelves above them, while another CD rack, double-sided, stood stiffly in-between them. Take it from me: if more than three people were in the shop, you’d pray a cat wouldn’t suddenly arrive and demand to be swung.

After weeks edging around Sullivan’s buying nothing at all, the first album I bought here was in October 1993 –The Lemonheads’ Come On Feel The Lemonheads, on cassette. I still remember that thrill. Walking nervously through the door, shyly shambling over to L, and – wham – seeing Evan Dando’s face there, in stark black and white. That heavy jaw line. That hair wisping in the wind. My heart is rushing just writing this; remembering how new these feelings were, and how vivid they felt, at fifteen, my head dizzy, my heart in my mouth. These images, these songs, had a lightning- bolt effect – they cracked through the sky, electrified everything, opened up the world to me. Crossing the threshold to Sullivan’s was the teenage equivalent of going through the back of the wardrobe into Narnia.

Record shops used to be much scarier places back then, though. Instead of lions and witches, we had silent men behind the counters, flicking through hefty record catalogues, or rifling through boxes packed with jewel cases. I didn’t mind, really. In Sullivan’s, I was left very happily to my own devices, to my pawing through the inlays of Madness compilations, or my analysis of the outer sleeves of the Kinky Machine cassingles. Slowly but surely, I became more confident, until I started to explore the shop counter itself.

This was the shop’s mother lode; the place that held the real gold. Pin-boards full of badges bearing messages I didn’t quite understand. Piles of magazines that looked different to my beloved Selects. The 59p singles box allowing a chance to find something new, at relatively little risk. Here were pulse-quickening, heart-racing, chest-pounding unknowns. Here was the big world beyond me.

And then came the summer of 1994. I had finished school by this point, and tertiary college – a dazzling, grown-up place, without uniforms – metaphorically and literally lay around the corner. My braces were newly off. My hair was shorn short. And there I was, finally plucking up the courage to curl my fingers around a Beatles badge, destined for a prime pinned spot on my new rucksack– one of Paul’s face, I remember, his fringe heavy over his eyes. Then I took another one, a small mod target, and a tiny Specials one, which I would later wear, occasionally, on my lapel. I’d only put it on after leaving the house, though. This felt like an act of transgression, like I was putting on another person. Here was a young girl very keen to grow up, but a little scared to as well.

But grow up I did. At tertiary college, I made new friends from further afield, and Sullivan’s became our favourite free period destination. Sometimes, we even mitched off lessons to make the walk into town – our own pop education mattered much more to us than A-Level French. And so, on the morning of the fourteenth of March 1995, Dan Cuthill and I sat on Sullivan’s ice-cold front step, me in my grandmother’s old sheepskin coat, him in a holey grunge jumper, waiting to see if the van had arrived. And it had.

The two of us sharing a Walkman on the way back to college, an earphone each, blasting out Elastica’s Elastica to the Midland bank griffin, the charity shops, the butchers, the doctors, the dentists...all the way back to a table in the canteen full of expectant ears.

Like most fly-by-night teenagers though, I wasn’t particularly loyal to Sullivan’s. I had other great loves. There was the Llanelli branch of Woolworth’s, for instance, for the boy-next-door charms of its fantastic bargain bin (I’ll never forget the 99p synth-pop compilation that introduced me to Kraftwerk). Then there was the mysterious, handsome shop with no name in the Stepney Arcade, where I bought Joy Division’s Closer for £1. Then there were the good looks of Swansea’s HMV, and the edgier thrills of rock shops like Derrick’s.

But Sullivan’s was different. Sullivan’s was mine. Sullivan’s is the first place I went when I turned 18, spending the pound coins stuck to my cards on whatever I could (The Prodigy’s Firestarter on CD single, and Denim’s Denim On Ice, since you ask). I remember waking up that morning and knowing that I had to go there. It had helped me grow up. I owed it that much. It meant that much.

Sullivan’s also held out far longer than many other small local record shops. It had no room to expand, and no real spirit to change, unlike so many other shops that have reinvented the wheel. I last went in there in around 2005, and it finally closed its doors just over five years ago.

A shop selling handbags now occupies its space, and it makes me laugh that it still looks like it needs a feather duster. In a way, I’m glad that it does, because perhaps there’s still a bit of me in there, after all this time. For in the corners of these places, these very ordinary places, the ordinary world would disappear, and the extraordinary one arrive. These are the places where our lives are defined.