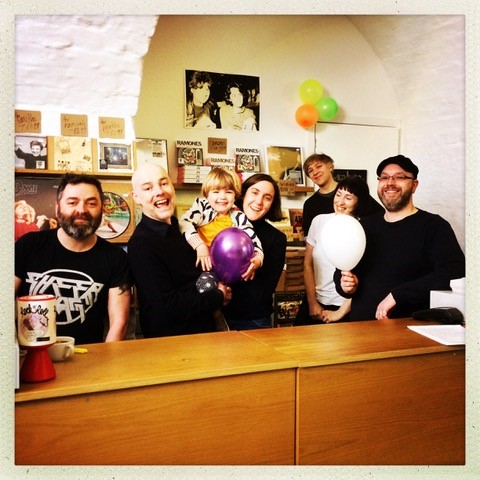 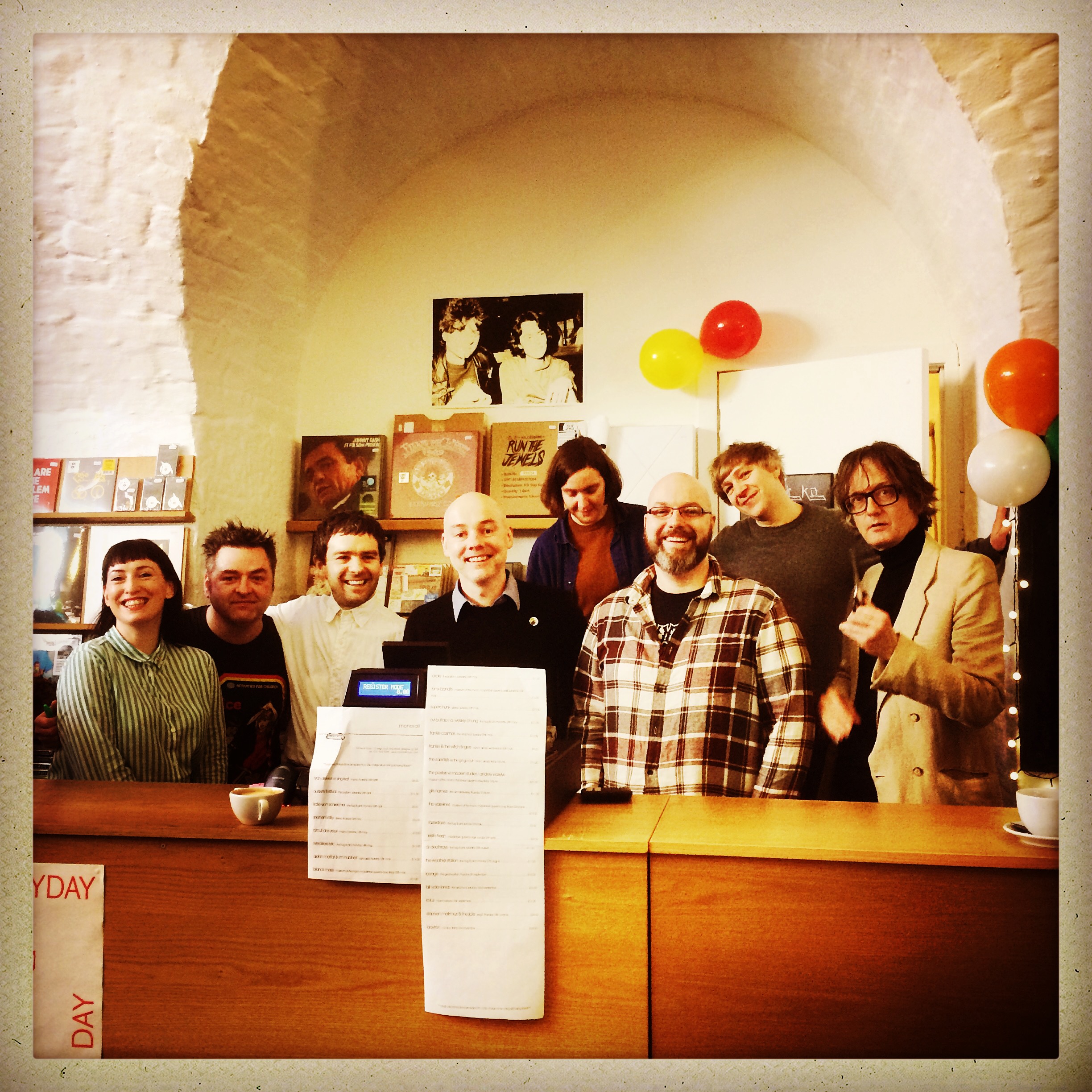 Monorail Music re-opens its doors to the public on Monday. To mark this most welcome news here’s

Stephen in conversation with Richard King. First published in issue #12 of the Caught by the River fanzine, An Antidote To Indifference. An updated shop playlist can be found at the bottom of the page.

Up for a bit of a chat with The Pastels frontman about what's been dubbed Glasgow's finest record shop.

1. Does Monorail have a house sound or house aesthetic?

There is something. At times it’s slightly intangible, but I think we feel a continuity between all the records we give prominence to. It’s not quite as defined as a record label because it goes across genres, times and different people's tastes, but in general we’re looking for records with a lot of personality and some panache, no matter how understated. Sometimes we’re just looking for something current and it can become permanent. Our aesthetic’s loose and non-corp, but there’s a sense of identity in what we do, a connection between the look of the shop, the music we play there and how we hopefully come across as people.

2. All record shops have a big-selling release under the popular / media radar. Could you list a few of Monorail’s?

Really, that’s how we operate. Our biggest selling records aren’t the biggest hype. We sell quite a lot of Japanese records that rarely get reviewed anywhere, mostly everything on Mississippi, our own labels. When we opened the shop we were trawling catalogues and came across the Liquid Liquid compilation on Mo' Wax which was already becoming collectable. We thought it was a mistake, but ordered one and amazingly it came in. So we started getting them in by the box until they were all gone and it was properly unavailable. There’s a lot of searching and then, occasionally, something eureka. Finding Ghost Box, that was eureka! Lately we were buying up everything by Ela Orleans and selling it all as fast as we could get it. But equally something like Alex Turner’s Submarine soundtrack continues to sell like it’s just come out.

3. Is there a particular back catalogue release you always try to stock ?

There’s lots of things like that – we’re bin end specialists. Every time we order from Domino we’re hoping that their warehouse guys might have turned up a box of out-of-print Movietone or Flying Saucer Attack records. We’re on high alert for the inevitable repress of Don Cherry’s Brown Rice or Komeda’s Le Depart soundtrack, but meanwhile we’ll suck up whatever else is good.

4. The shop opened when lots of record shops were closing. Did it ever feel like a gamble?

It really felt quite necessary; it was like something was missing in Glasgow. We were in a great music city without a great record shop. I think that’s why we got so much support. In the beginning a lot of what we did was instinctive and it was a bit of a gamble, but we always felt it was a gamble with reasonable odds. We projected modestly and managed to make it work on a basic level. Even now it’s not exactly a big operation.

5. Is there a rational explanation why Glasgow loves music so much?

I think it can partly be understood by looking at social and cultural histories. Maybe there’s a little bit of myth in there too, but as a city we’ve generally been prolific and interesting. So many amazing records have come from here and we’re good at celebrating that as a community. We connect well, we’re open. Music always feels important, not an accessory to something else.

Jarv is Beyond The Pale (Rough Trade)

The Nix ft.Laetitia Sadier Until Now All Is Well (Moshi Moshi)