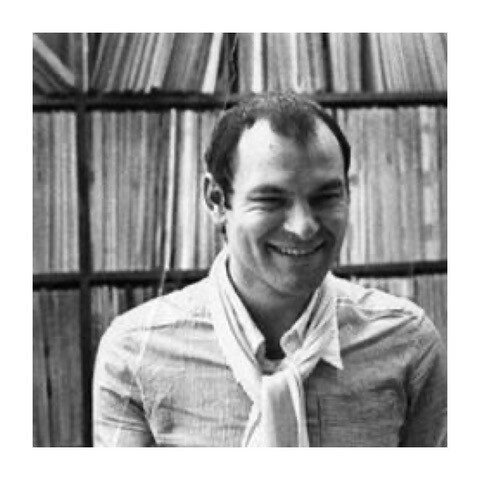 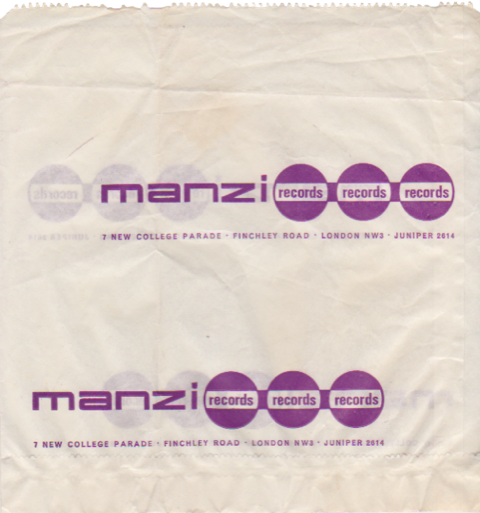 Very sad to hear the news that Eugene Manzi has died. Eugene was a good guy, a cool guy, a very very funny guy with a terrific smile and great style. I liked him a lot. My thoughts are with his family and close friends.

When I first met Eugene he was the Head of Press at London Records, this would have been 1989. I was a press hustler at the time, a rookie compared to Eugene, and our paths first crossed on the job.

At the start of the ’90’s I became friends with the writer Paolo Hewitt. Paolo's novel has a Heavenly catalogue number. Paolo and Eugene were tight and through this friendship I was lucky to get to know Eugene better. One night he told me that, along with his brothers, he had once owned a record shop in North London, the family name above the door and on the bags, and how he had sold the filmmaker Lindsay Anderson a copy of Missa Luba (ref: the soundtrack to If…)

A few years ago I half remembered the story and hit Eugene up for the lowdown. He replied in an email - pretty much as you read it below - but I never placed it anywhere. Now feels like the right time to share it.

"The shop was called Manzi Records. It opened in November 1964 and closed - I think - in ’81 or ’82. Recommendation was how we made our living. We had six listening booths, which later changed to headphones - that were constantly nicked - and we played records all day over the shop's speakers. If we liked something we’d simply play it all day. That's how we sold so many copies of the Missa Luba record. Lindsay Anderson was a regular in the shop. To be honest, I can’t remember when If…. came out but I guess it would have been a year between Lindsay talking about making the film, meeting the musicians I recommended, not using them and instead using cuts from the album. I recommended both Missa Luba and Missa Criola to him; he bought both and later on he told me he was going to use the Sanctus from the Missa Luba in the film.

Where else would the public hear an album like that though? Or Quicksilver Messenger Service or Iron Butterfly or Johnny Jenkins or The Staples Singers? They'd hear them in the small, independently-run record shops dotted around our island.

I’ve long thought the death of most independent shops was down to RPM (resale price maintenance) being abolished. RPM meant that a record shop had to sell records at the retail price set by the record companies. An album, single, or EP would be the same price in any shop in the UK; no lower or higher. Then the Labour Government at the time abolished RPM because it would - rightly so - be good for the consumer by encouraging competition. At first, there weren’t many shops that cut their prices as they were all scared of a price war and nobody knew where it would end. Then along comes Richard Branson.

In the early ’70s there was a social and musical revolution taking place: an 'alternative'/hippie anti-establishment youth culture took hold. I guess it was a middle-class revolution (unlike earlier movements like Mods or Teddy Boys) & probably peopled in the main by students. This was in the days when universities were full of students who were political thinkers too. And so they bloody should be too - that's why they were at uni, to use their brains to think! Like the youth movements before them, they had their own dress code, their own music and their own - usually left leaning - politics. They also shopped in their own type of shops. We were known somewhat pretentiously as a 'head' shop because we sold US imports, lots of the West Coast bands, plus R'n'B and soul imports that weren't yet available in the UK. We also sold magazines like Rolling Stone, Frendz, Oz, International Times, Zig Zag. Later on, I opened up the basement where we sold psychedelic type posters. It was one of the first shops to sell second-hand American clothes too.

Anyway… back to Branson. He started selling cut-price records by mail order. A great idea. All the 'heads' living the 'alternative' life in Cornwall & other far-flung regions of the UK would never find a Jefferson Airplane album for example in their local WH Smith (that's if they had a branch of WH Smith that even sold records). But they'd get it from Virgin mail order. Needless to say, a price war eventually arrived.

The shop was on the Finchley Road, opposite WH Smith, Woolworth's, Boots and, 70-odd yards up the road, an Our Price. At first the price war didn't affect me but after a few years of radio, TV and press advertising by the multiples, the general public were well aware that the album they wanted was bound to be cheaper from one of the chains. The rest, as they say, is history. Of course there were other factors. Music was changing; it was fast disappearing up its own arse and along comes a new generation - hello Punk! - that wanted something different. I guess it's called evolution. By ’81 or '82 I was losing money and had to close… but boy, did I have a good time!”

Jeff Barrett is the founder of Heavenly Recordings