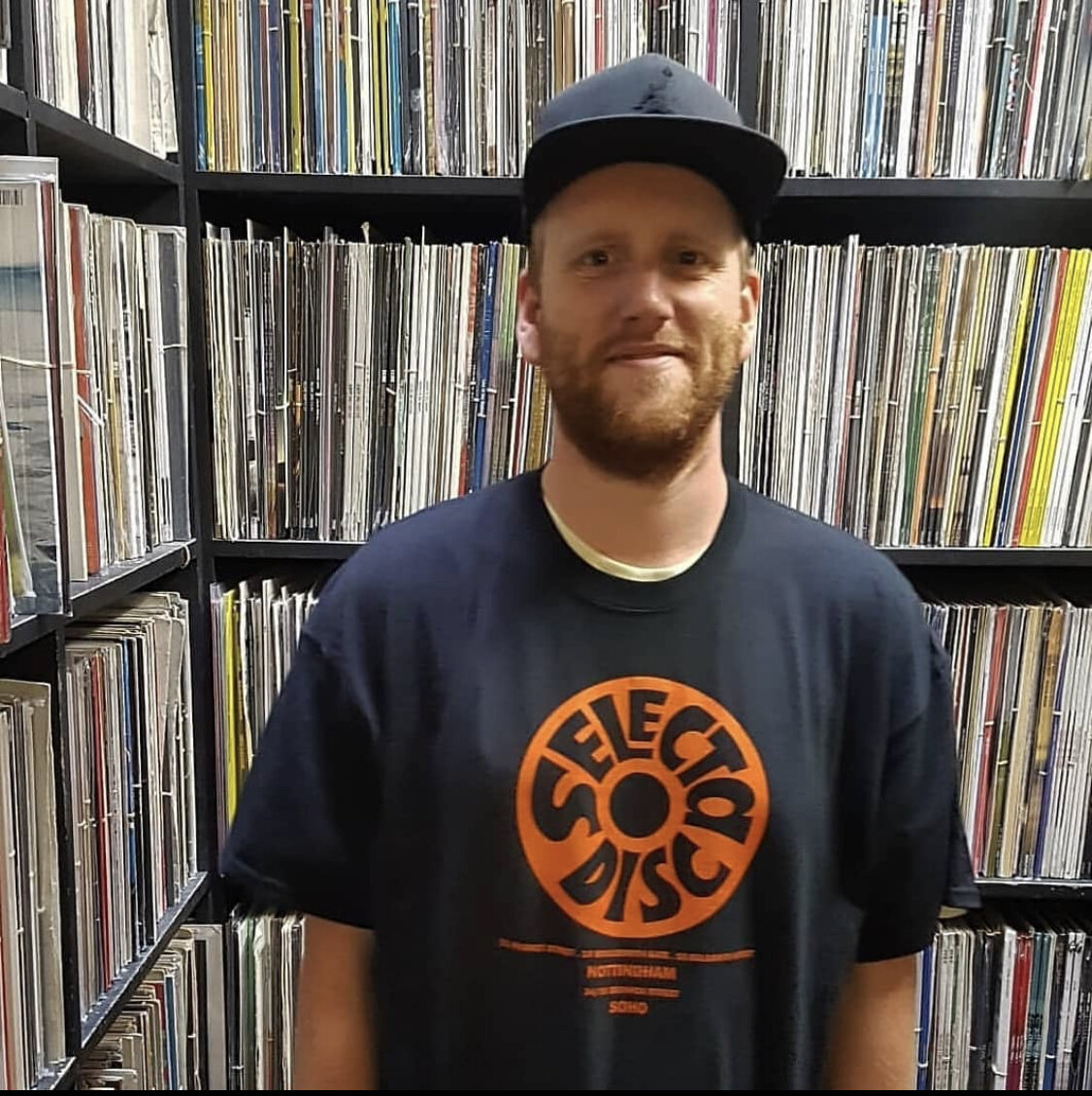 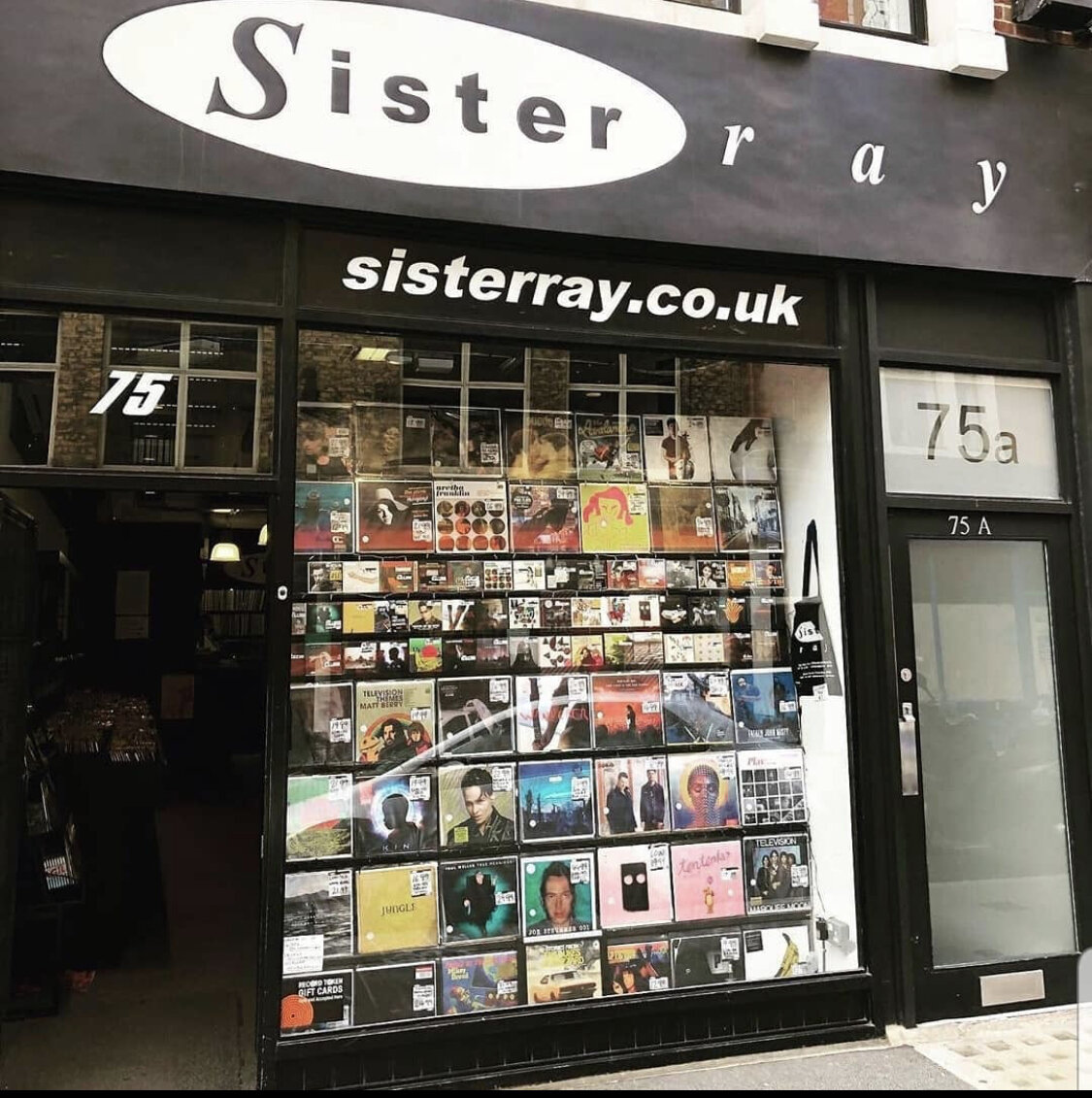 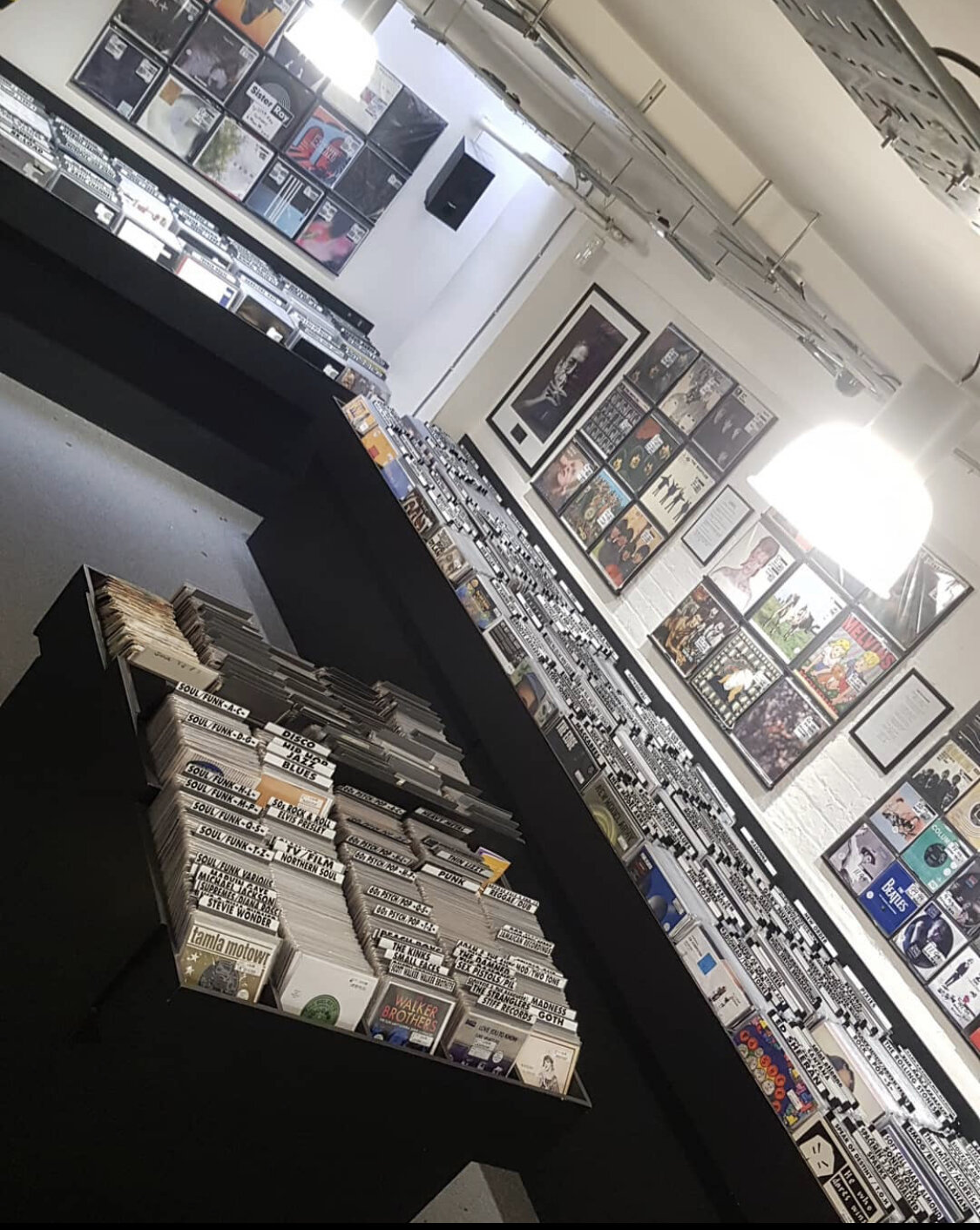 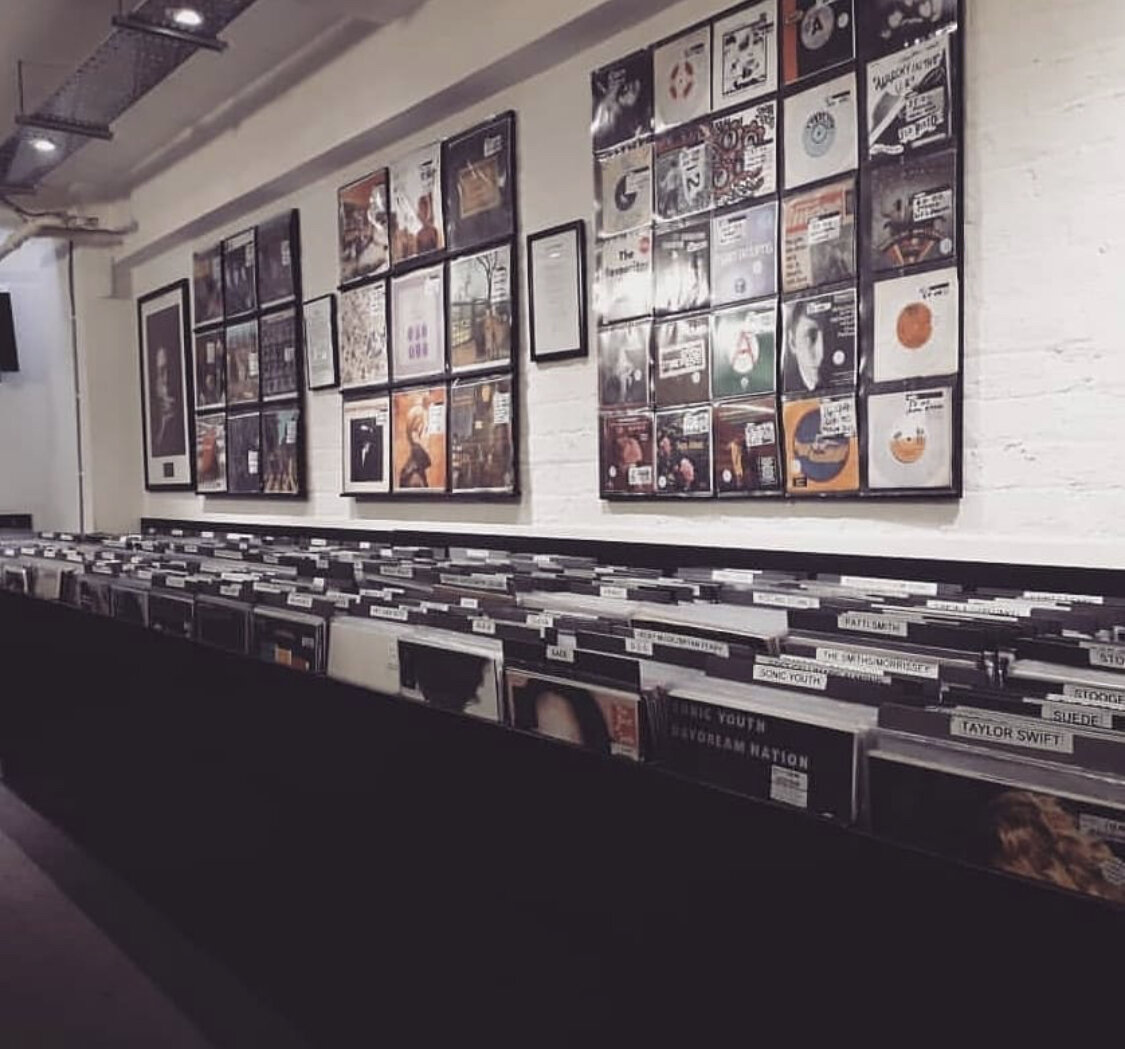 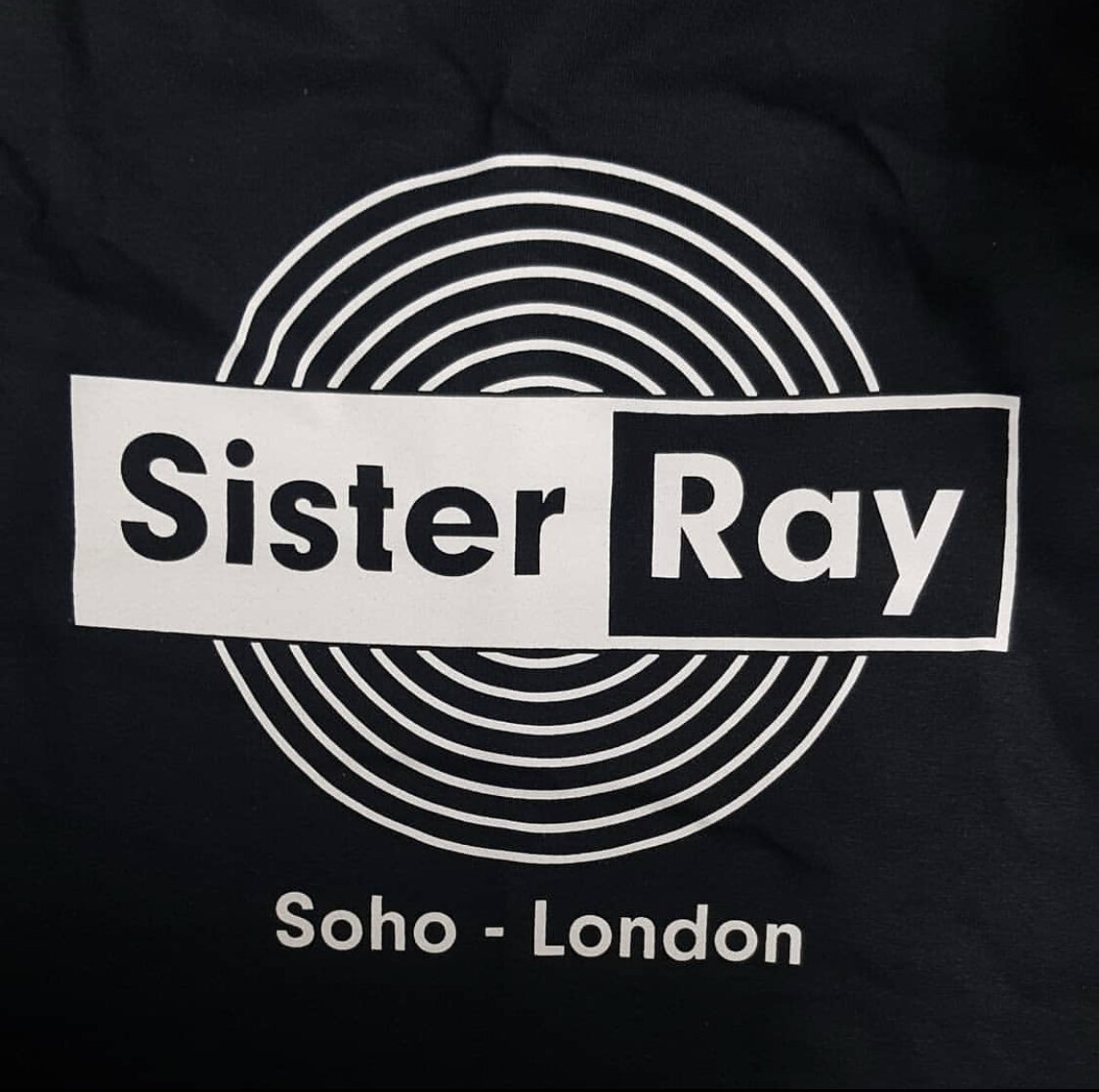 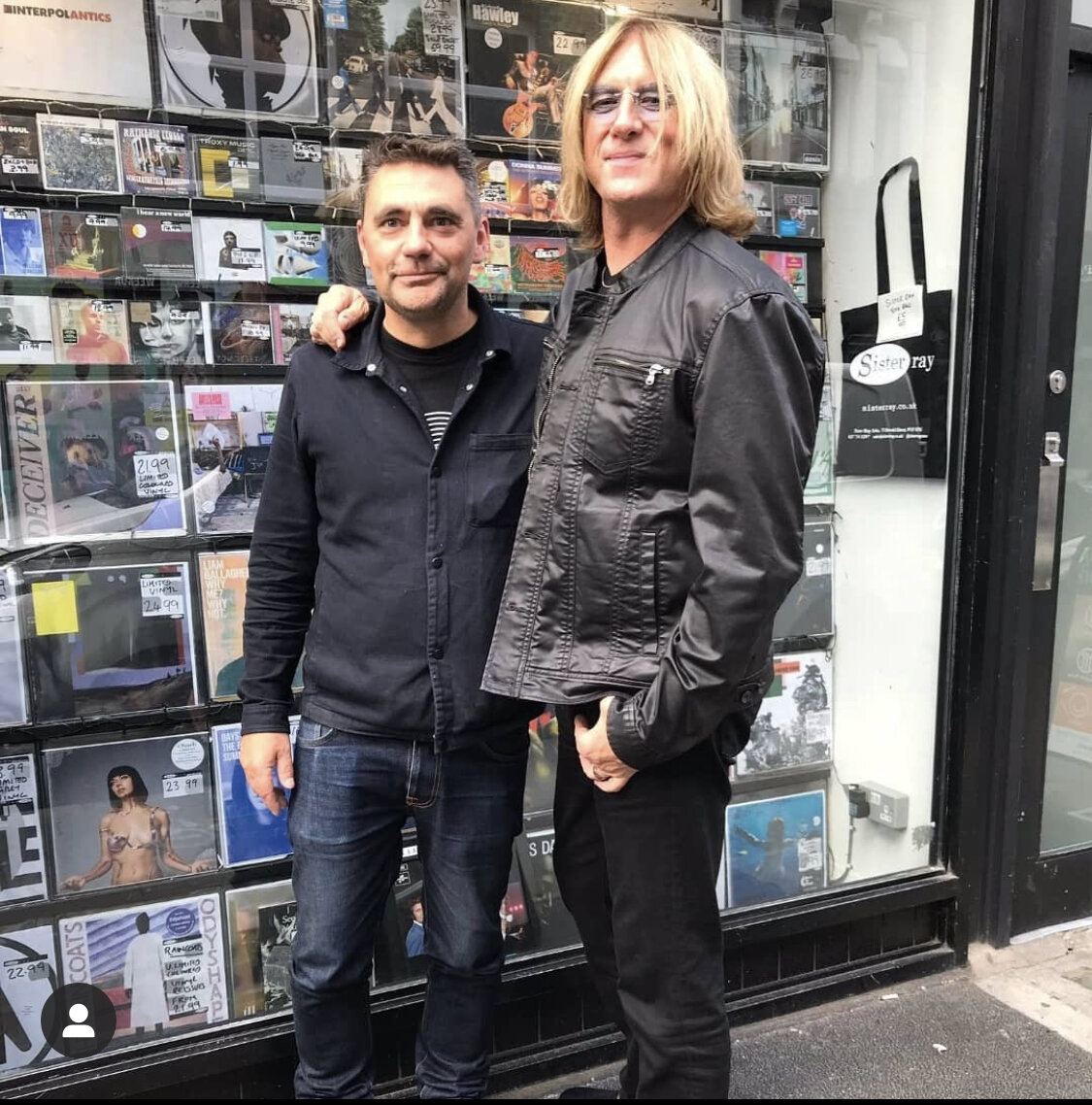 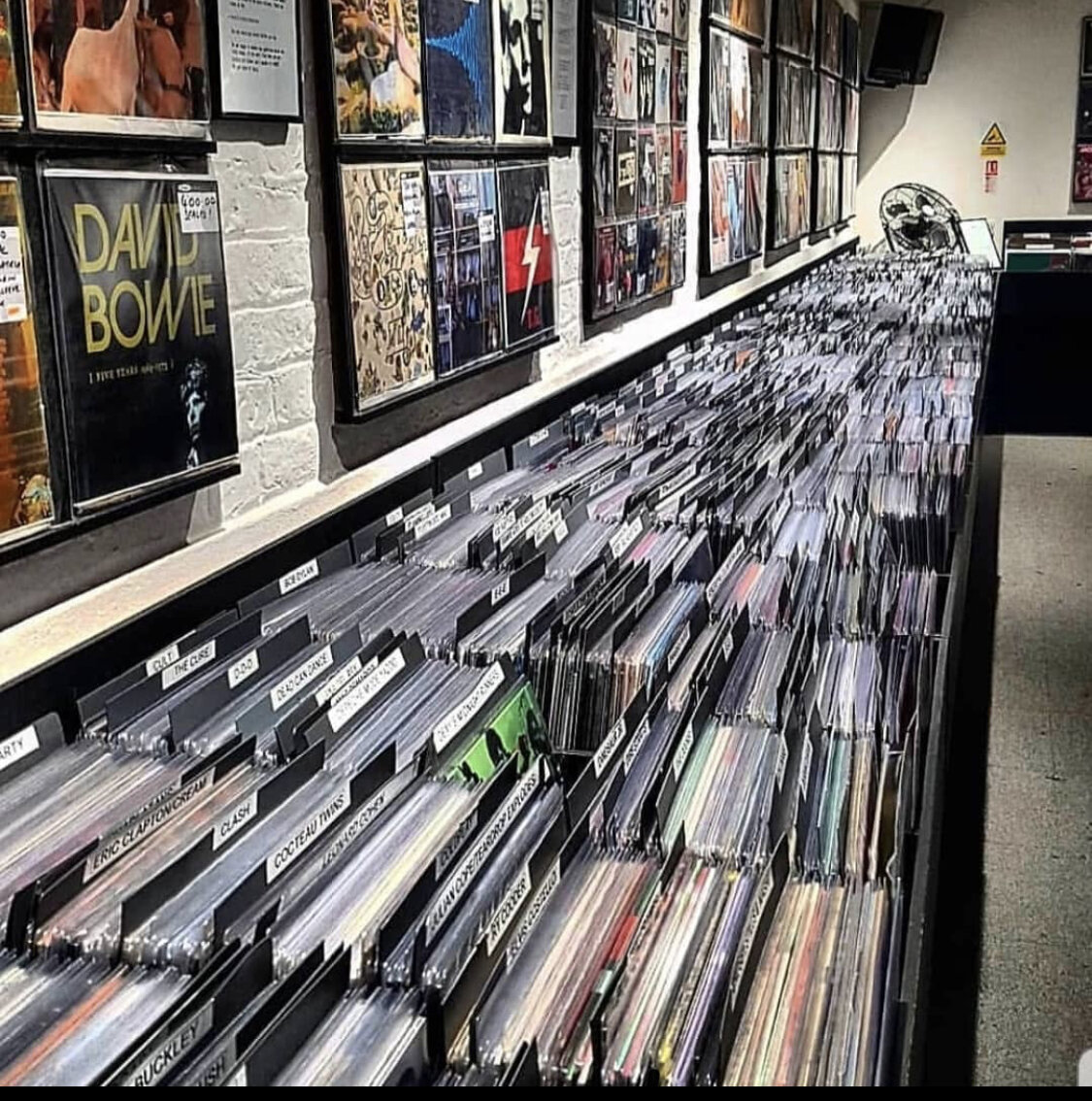 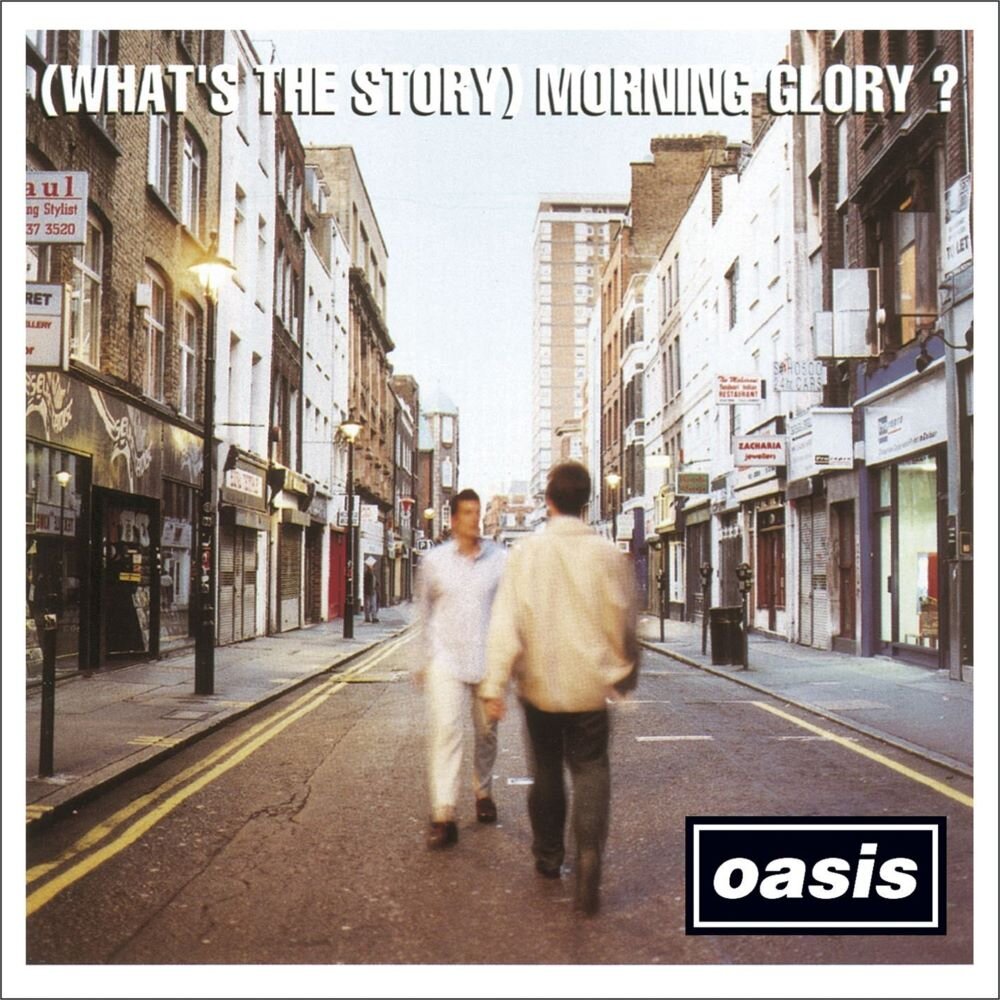 Sister Ray (AKA ‘the world’s most visited record store’ *citation*) has been providing joy to the record-buying public of London and beyond for over 30 years now.

Obviously right now we have had to move the whole experience online as central London lies as a dormant ghost town and Berwick Street has become a rank for napping black cab drivers.

We’ve all reacted in our own ways - Phil (the owner) has leaped head first into the legendary Sister Ray lock-up to unearth all kinds of exciting lost artefacts whether musical or otherwise (he even documented some of them on a blog post here Sister Ray Blog : Top ten things found whilst moving the contents of the lock up)

John has gone instagram crazy and let his beard reach ‘Tom Hanks in Castaway’ levels of utter chaos. Neil has taken up cycling as some kind of shamanic tribute to the late great Florian Schneider.

Steve has been fully sampling the wares of his local beer shop while letting his mind journey to distant realms to his Mogwai collection while his corporeal form is confined to the living room.

along with the more-than-occasional foray into slamming Detroit Techno

Meanwhile lucky Leo defies furlough and moves the entire operation of the shop onto a MacBook and tries his best not to go insane.

We’re desperate to get going again in the shop - whatever form that will be able to take - when this is all over. We’re incredibly grateful for the support we have received in this time and hope you all stay safe and keep buying music!

I feel it would be remiss if I didn’t include the boss’s word’s on the shop so what follows is straight from the gaffer’s mouth. Enjoy!

“Let’s go back to the beginning and try and make some sense of it. Neil Brown kicked the whole thing off back in 1989. Neil had been selling vinyl from a market stall in Camden and took the next step by taking over 94 Berwick Street.

Sister Ray, named after the Velvet Underground song, quickly became a fixture in the record shop scene of Soho. Berwick Street was at the heart of a thriving hub of independent music stores. Daddy Kool, Shades, Red, Tag, Black Dog, Ambient Soho, Black Market, Kubla, Liberty, Vinyl Junkies – just a few of the legendary shops (sadly no longer with us) that catered for all of London’s scenes and tribes.

By 2003 Brian Selby the owner of Selectadisc at 34 Berwick Street decided he wanted to retire from the scene and Sister Ray teamed up with Phil Barton who also owned Rounder Records in Brighton, to merge the two shops.

Then came the tough years when the internet turned the world upside down and retail died a slow death. It took a while and a commitment to vinyl that brought around a slow but steady revival. Sister Ray became a major force behind Record Store Day too and Phil became a spokesman for both RSD and the vinyl revival. The shop moved again across the road to 75 Berwick Street.

Oh, and that Oasis album cover? It features Selectadisc on the left and the current shop on the right. The shot was taken very early in the morning to avoid the London traffic. DJ Sean Rowley, Brian Cannon the art designer and Owen Morris the album producer feature in the shot.
‍

So next time you are in London come down to Berwick Street and recreate that famous album cover! Pop into the shop and also the other surviving record stores on our wonderful street in the heart of Soho.

That just leaves us with the future. Joe Strummer always said “The future is unwritten” and as he fronted the only band that ever really mattered then we should take that as our mantra.

We hope you enjoy your online experience with us. Let us know if you don’t, it’s only fair.”