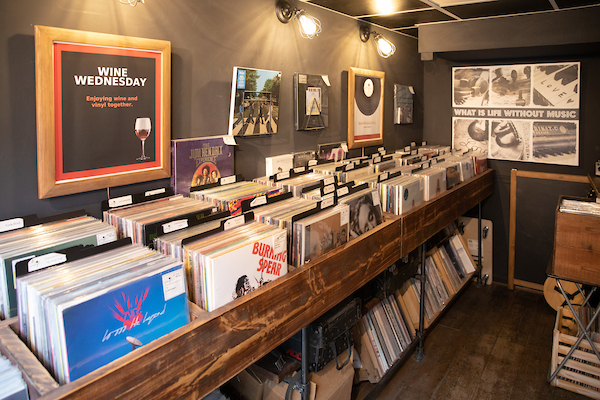 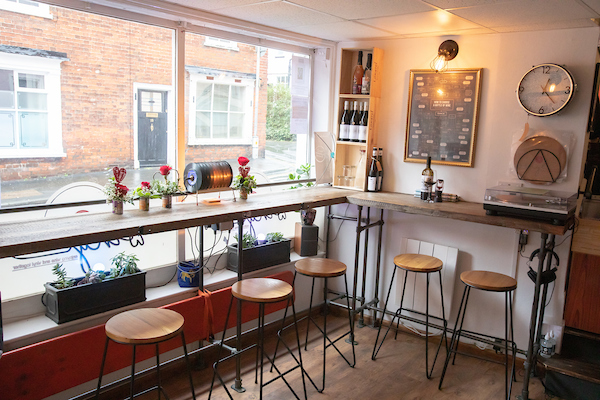 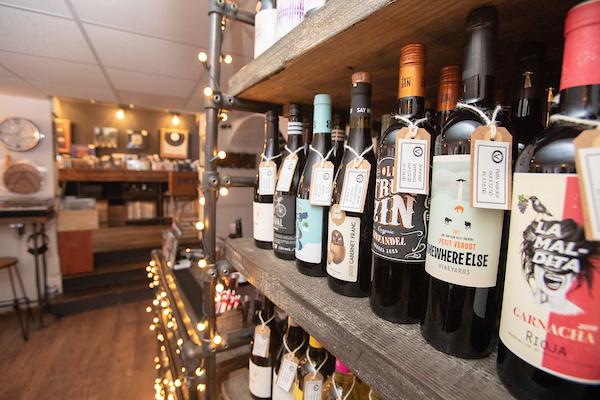 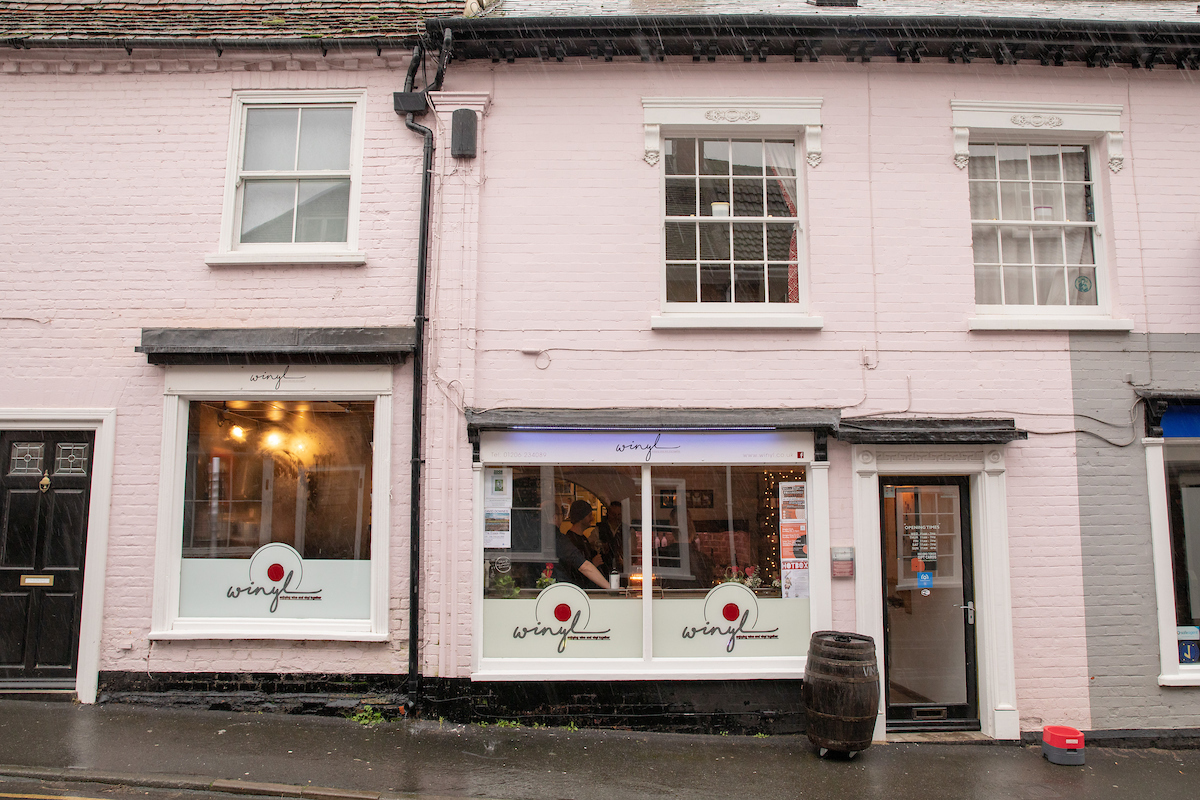 "Winyl: Wine AND Vinyl. Seems obvious doesn't it? So why hasn't anyone else done it?. We don't know either, but after my last proper job ended early 2018, I had a bit of time and a bit of money, and was sat listening to some records, whilst drinking wine and thought this IS the life. I had been to several record stores since the "revival" really kicked off and some had cafes, with a bit of cake or a beer if lucky, but I hadn't really come across this combination, so I did some research. There were bars that had records in but no shops, so I started planning what this would look and"feel" like.

I looked up some old music contacts and soon started amassing some vinyl stock at home and trawled the wine fairs looking for interesting wine.  We settled on a core range that are vegan and organic and of course very tasty with cool labels.  That was the easy, and very enjoyable bit; finding property was a bit harder but somehow we found our little unit in Manningtree, the smallest town in England, but it is on a main commuter route and growing.  It was just lacking a record shop.

We opened in October 2018 to a mixed reaction from "huh"to "this is BRILLIANT".  We have on and off licence so guests can have a drink in whilst browsing the records. The vinyl is mainly new with some "vintage vinyl" a mix of genres but we do a lot of special orders.  In the last 18 months we have hosted live music events, wine tasting sessions, both in house and external suppliers, we have a regular(vinyl) "singles" club and a songwriting circle where musicians write and record songs in store.

We had our first RSD April 2019 which was immense with queues from 3am,  bands from 12-7 and were packed ALL DAY.  Winyl has also had a lot of press and radio and coverage, were nominated for the district retailer of the year award and made the final of Indie shop UK Best Small Shops (along with Jumbo records) held at Westminster.

Since lock down as on off licence we could have stayed open but it wasn't really the right environment,so we have gone online have been hand delivering wine, beer and vinyl to the local area as well as shipping nationally. We have started to see some international interest as well especially with Love Record Stores event and coverage.  I really feel for some of the other stores that have had to close and hope the Love Record Stores campaign is the start of the "second wave" of vinyl revival."