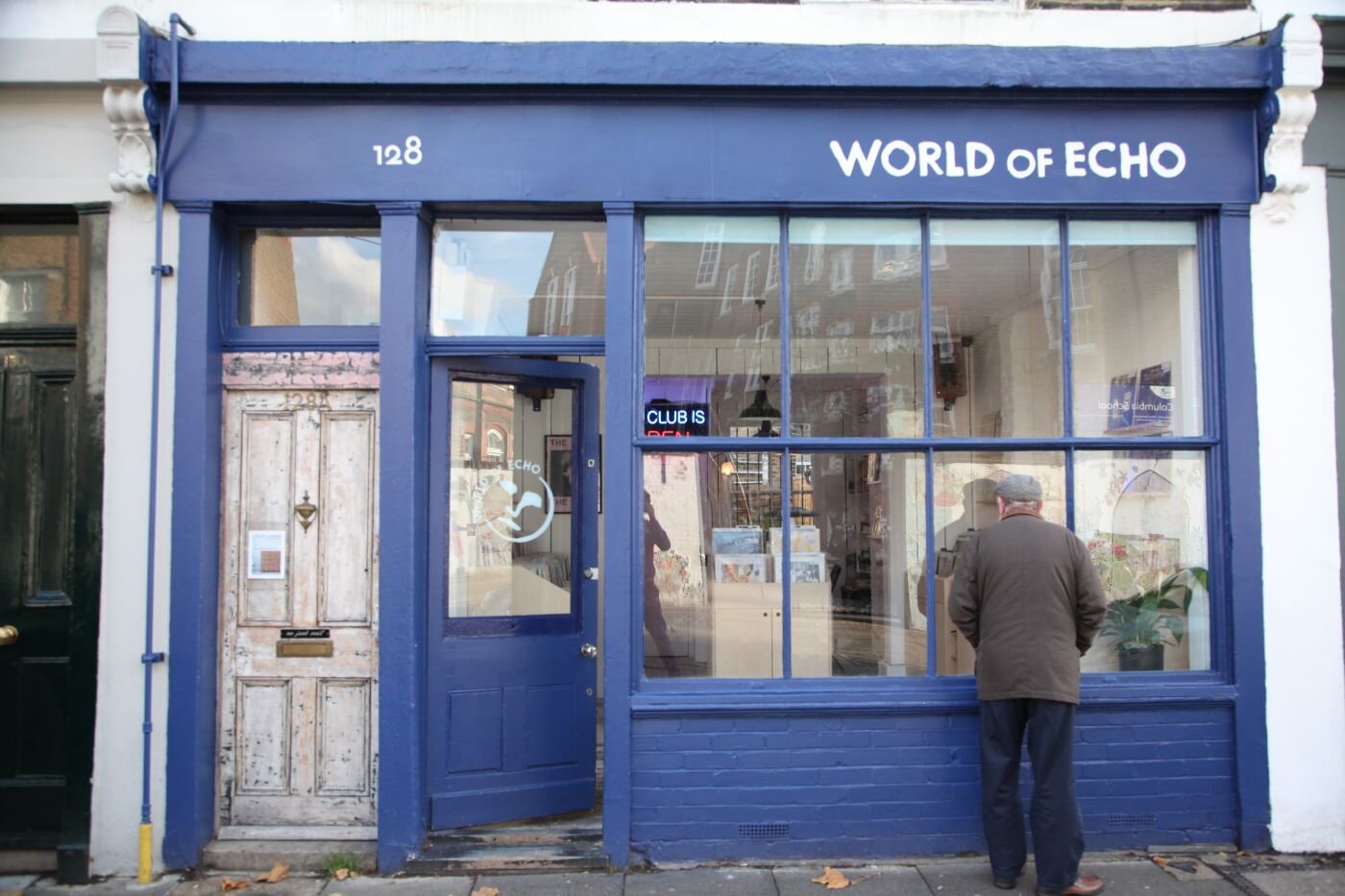 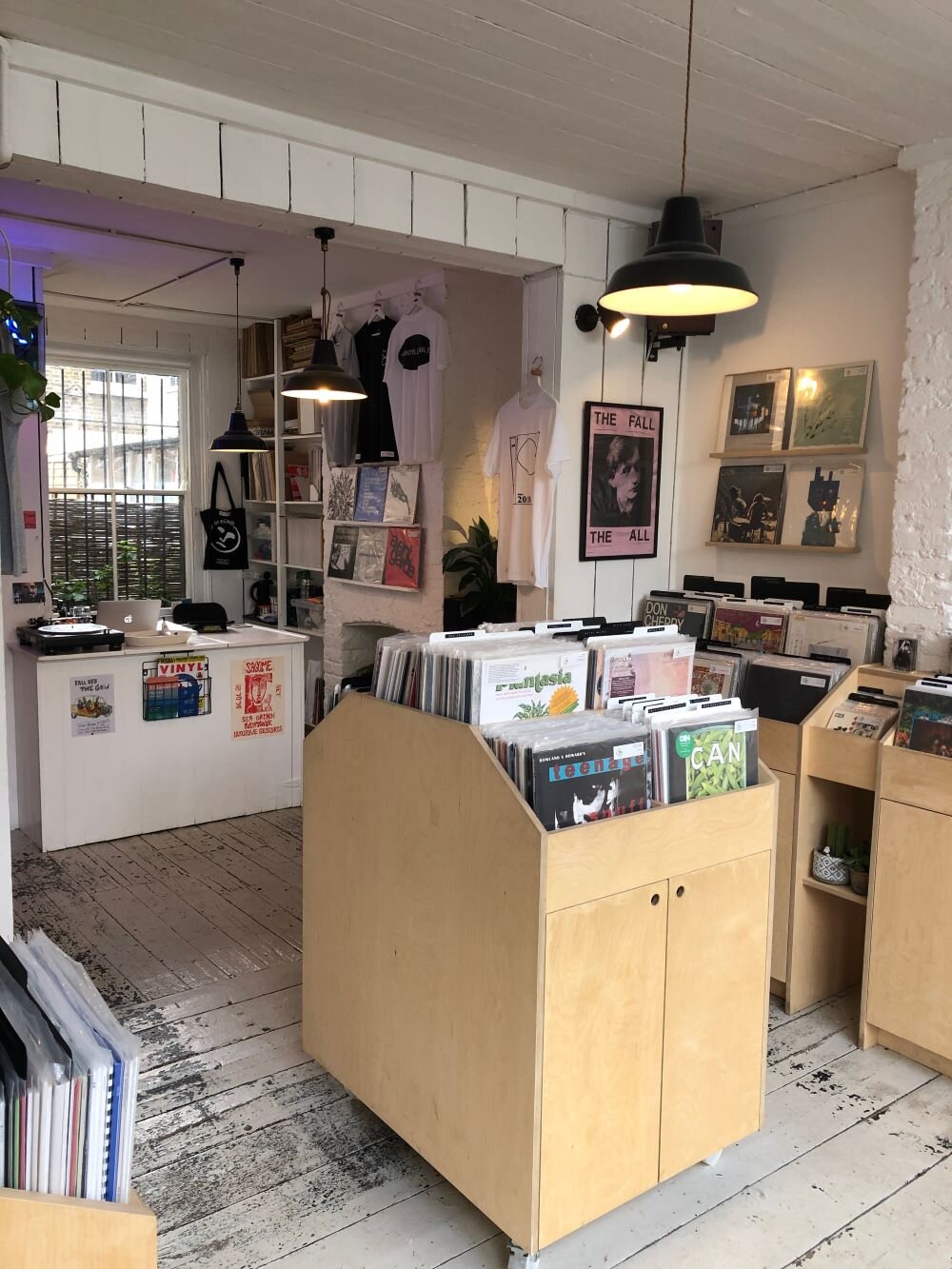 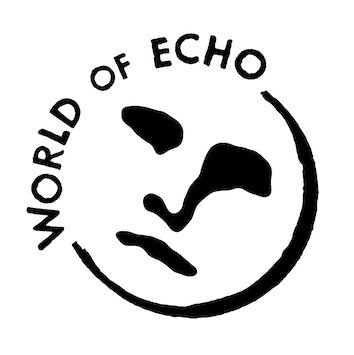 World of Echo is a relatively new addition to London's music retail landscape, opening in November 2018 on Columbia Road, home to the hugely popular flower market that operates every Sunday. We're a skeleton staff of two, both with a long history of working for record labels, but with nearly zero prior experience working on this side of the counter. The origins of World of Echo cannot be precisely discerned - i don't think there was an obvious eureka moment. It was more likely an amalgamation of several different motivations - desire for change; a romanticised notion of what a record shop can be; a partial disenchantment with the label side of the business - and was then prompted into being following an extended trip to the US where the impressive array of stores we were stumbling across daily acted as both an envious source of inspiration and as a catalyst. Things far away always tend to seem more enticing than those at home...

Since London is obviously well served for record shops (as this site itself attests), we wanted to create a space and identity that was in some way reflective of the best elements of the US shops we'd encountered, and also didn't feel like it was covering the same ground as the already great longstanding stores in the city. Whether or not we've marked ourselves out as different is for others to decide, though the main intention was to have a shop that we ourselves would be excited to discover - in other words, we were trying to create what we wanted to see in the world. To that end, and because the shop floor is relatively small, our focus has always been on curation rather than blanket coverage. Basically, we try to only stock records that we want to own ourselves. The name of the shop gives a clue to our direction, also being the name of the only album Arthur Russell released in his lifetime. The shop is essentially divided down the middle, new releases on the left, and a choice second hand collection on the right. We're a broad church, though for the most part we concentrate on punk, post-punk, early/left of centre electronic, jazz, noise, ambient, indiepop and DIY, attempting to seek out the oddities that often tend to fall through the cracks. It's been as much of an education for us as anyone else who has walked through the door. Mostly we hope that when customers browse the racks they're constantly confronted with new and interesting material, each record something to be excited about, suggesting new possibles, opening up new avenues. This is that romantic notion of the record shop once again - a portal to new worlds. With the current (and very necessary) lockdown restrictions, this aspect of the record shop experience is denied. We've moved our business entirely online for now, and are trying to find ways to replicate that experience through our mailing list and instagram, which are a crucial part of how we communicate with our customers. It's still our job to provide the context.

It's a challenge and we are looking forward to the time when we can start functioning with some semblance of normality. We've been fortunate to host a number of events - Thurston Moore, Peter Zummo, Steve Gunn, the Raincoats etc - and miss the show of community and interactions they create. For the time being, we find that community in the support we've been shown by customers, artists and labels. In those moments you realise you're part of something bigger, perhaps just a stop along the way or sometimes the destination, but mostly that there's this self-sustaining and vital ecosystem that doesn't become insignificant in the wake of a global crisis but takes on more value. I guess you'd call that independent culture. It feels important and a privilege to be a part of it. As we move into this weird future, we'll be keeping that close to heart.